I found myself falling in love in the same place all over again after a few years since I was last here. It was one and only city on Earth, besides Zagreb, where I said I could live in from the first second I saw/felt it! Don't try and ask me what about Dubai, let's not go there now :)) 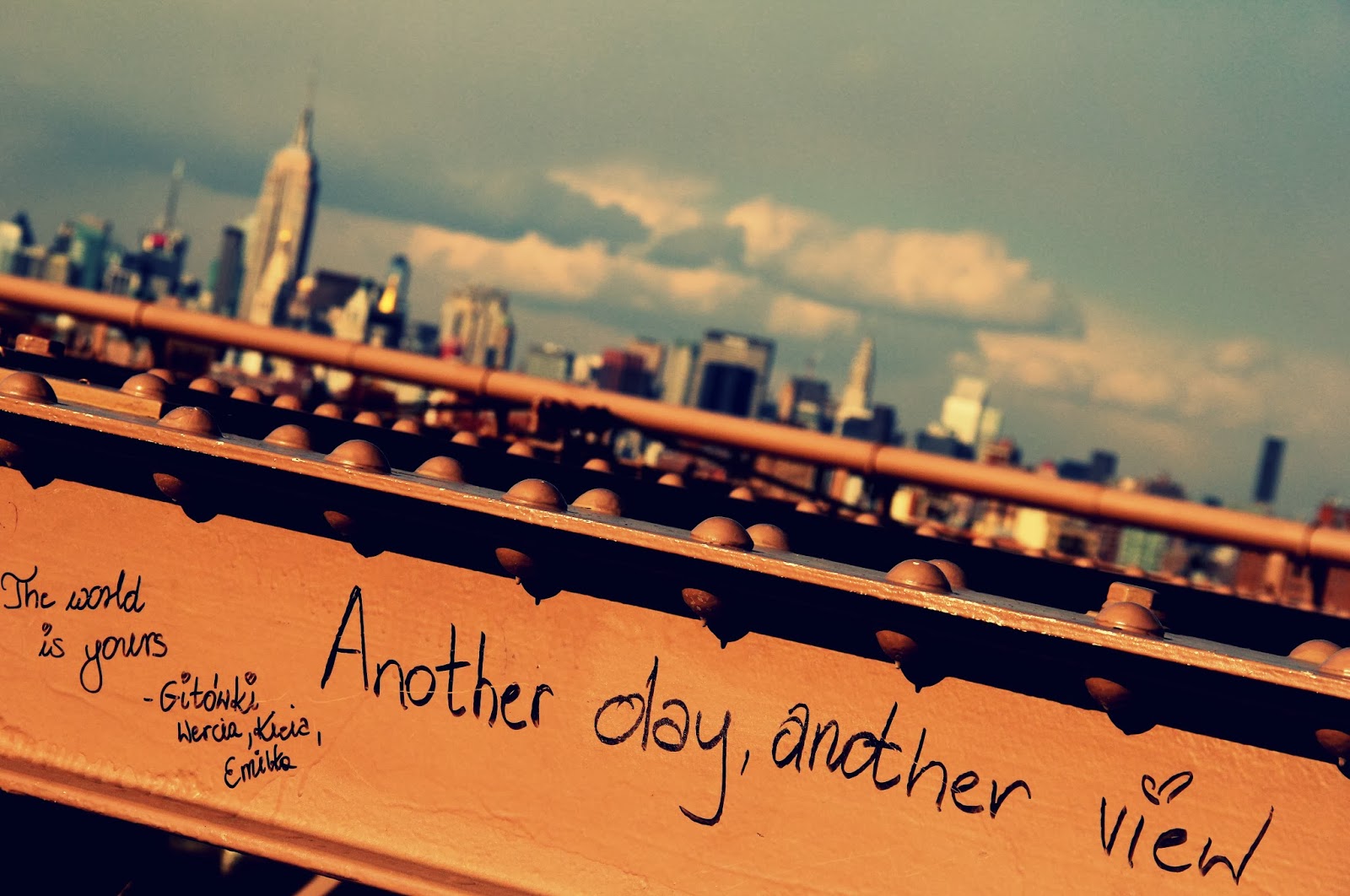 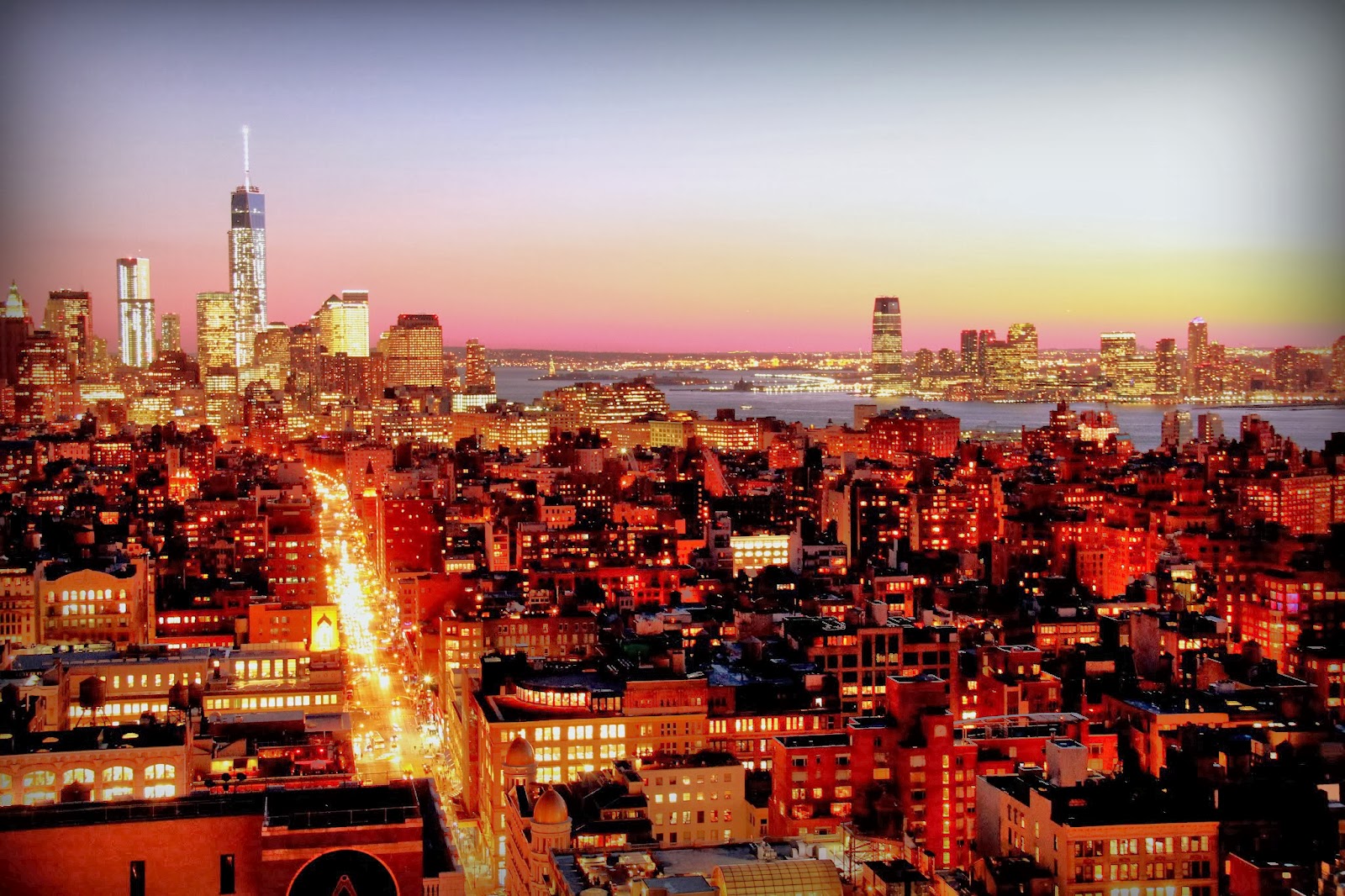 This story is already published in Croatian so it feels like I'm copying myself right now (when actually this was written first and then translated haha) but it doesn't matter really, I don't mind telling it again and again... 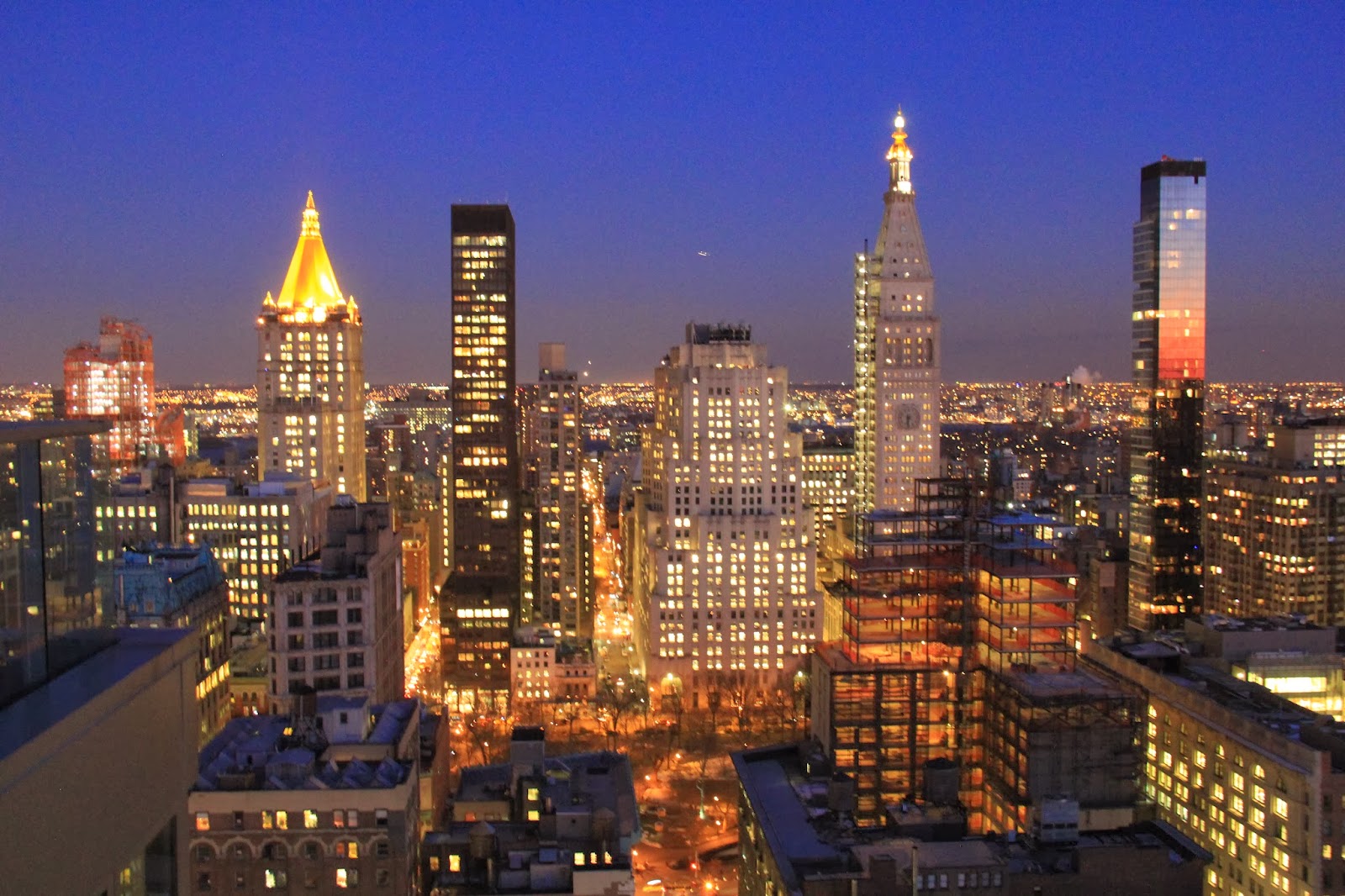 "As an adult, I have often known that peculiar legacy time brings to the traveler, the longing to seek out a place a second time, to find deliberately what we stumbled on once before, to recapture the feeling of discovery.
Sometimes we search put again even a place that was not remarkable in itself, we look for it simply because we remember it. If we do find it, of course, everything is different. The rough-hewn door is still there, but it's much smaller, the day is cloudy instead of brilliant, it's spring instead of autumn..."
E. Kostova, The Historian 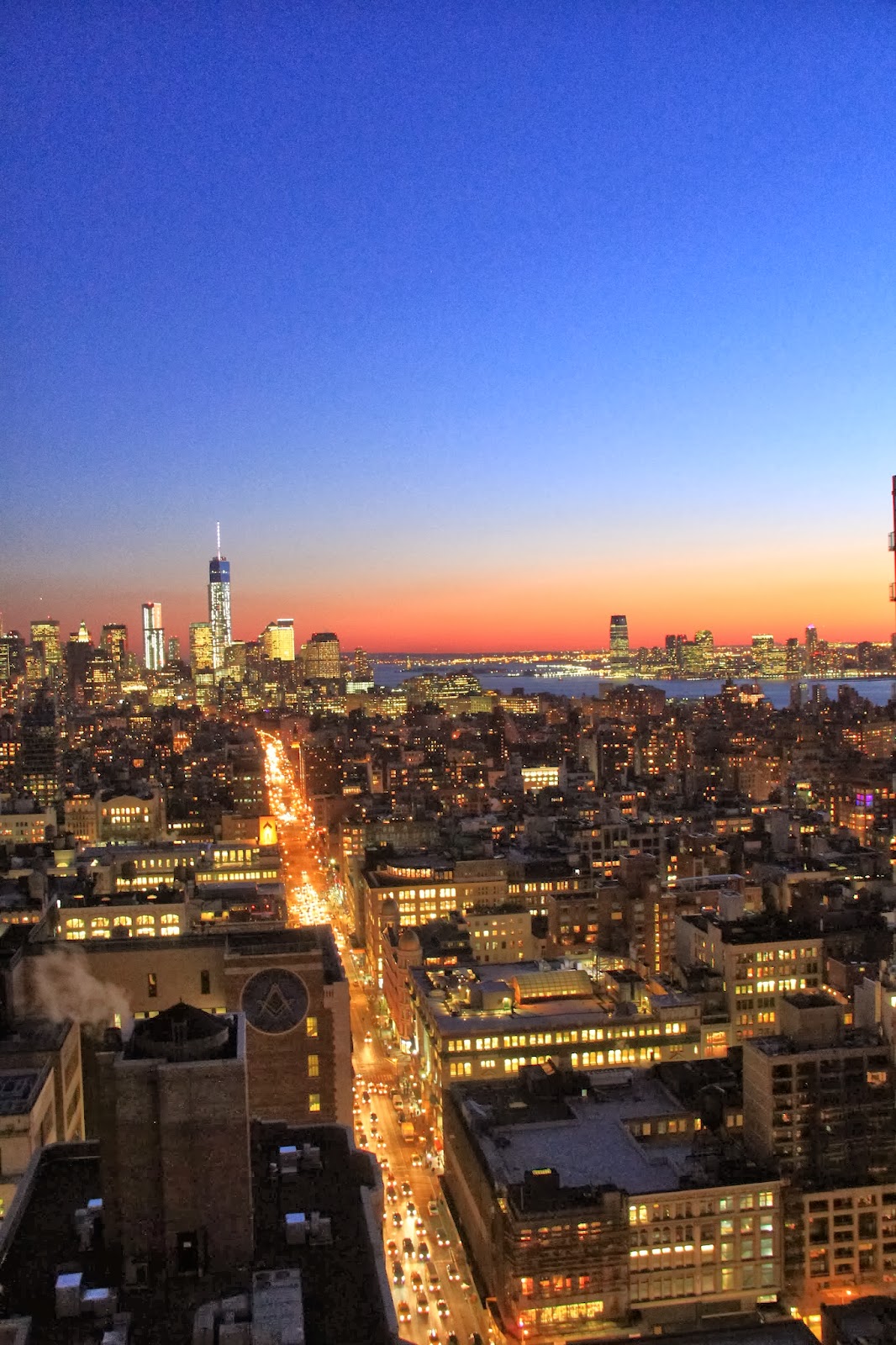 I go to Paris, I go to London, I go to Rome, and I always say, “There’s no place like New York. It’s the most exciting city in the world now. That’s the way it is. That’s it.”
Robert De Niro
How it all started... 6 years ago I went for a 2 weeks trip visiting Miami, Washington D.C. and of course New York. From the first moment I loved it! Enormous city filled with 8 million people from all around the world, living and working on this island of Manhattan, busy streets hiding green and peaceful parks in the middle of that craziness, old historical museums, buildings, libraries, churches surrounded by giant modern skyscrapers, fashion and style walking up and down the avenues, diversity of cultures, languages, food, social status...on every corner. 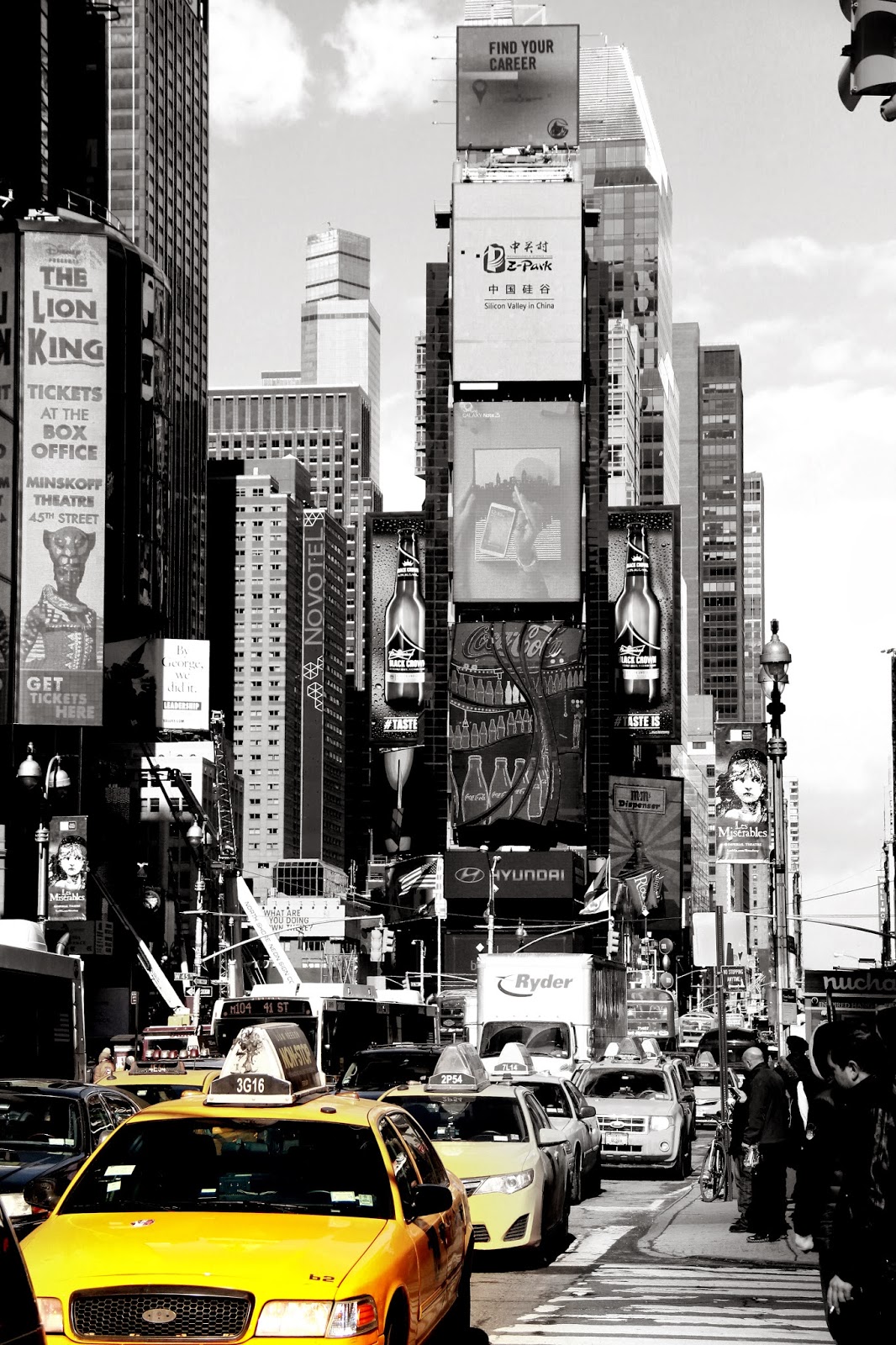 "When I’m in New York, I just want to walk down the street and feel this thing,
like I’m in a movie. "
Ryan Adams

I promised myself then and there I'll be coming back and I finally did... It took me some time but there I was again... Managed to get on the flight and run away from Dubai for a few days, visit a Friend, and enjoy that time as much as it was possible! And I have enjoyed it, to the fullest. Even tough jet lag kicked me hard, it didn't matter, I was there, with a special someone next to me if I can say that, and it felt good...
It's really crazy how life happens, when you finally decide to 'let go' certain things, some better, fresher, more beautiful ones come along, without even realizing how and when and why that happened you find yourself enjoying every single second of it. Makes your heart grow bigger once again...

Saying that think I'll just let you enjoy some of my favorites from this trip, let the pictures talk... (I'll just jump in now and then, by now you all know I can't keep my mouth shut) :) 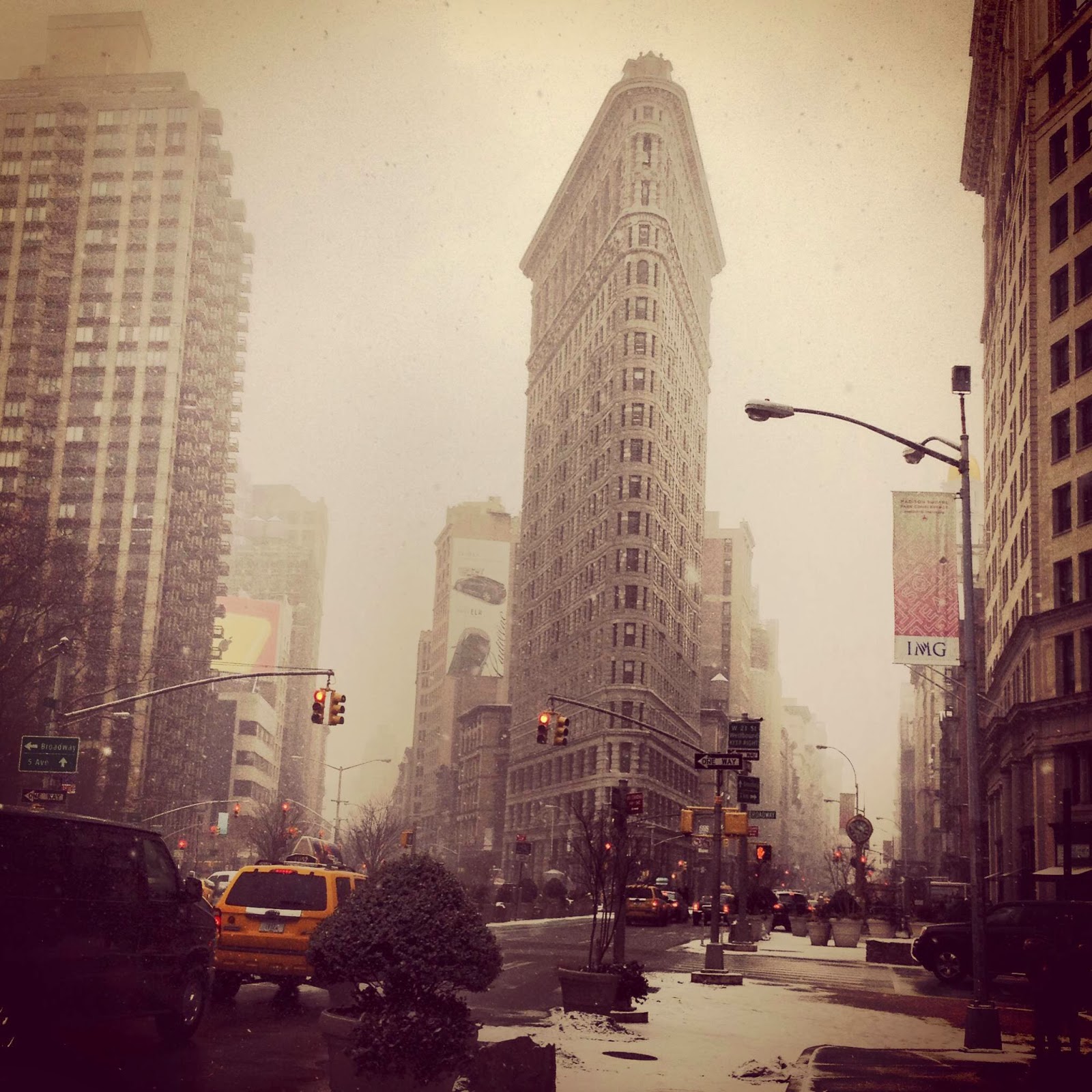 Flatiron building
Snow blizzard the first morning made my day! Slippery streets, foggy windows, people freezing and running from the cold and the wind...and then there was me, loving every single one of those fluffy snowflakes falling down on me! :) 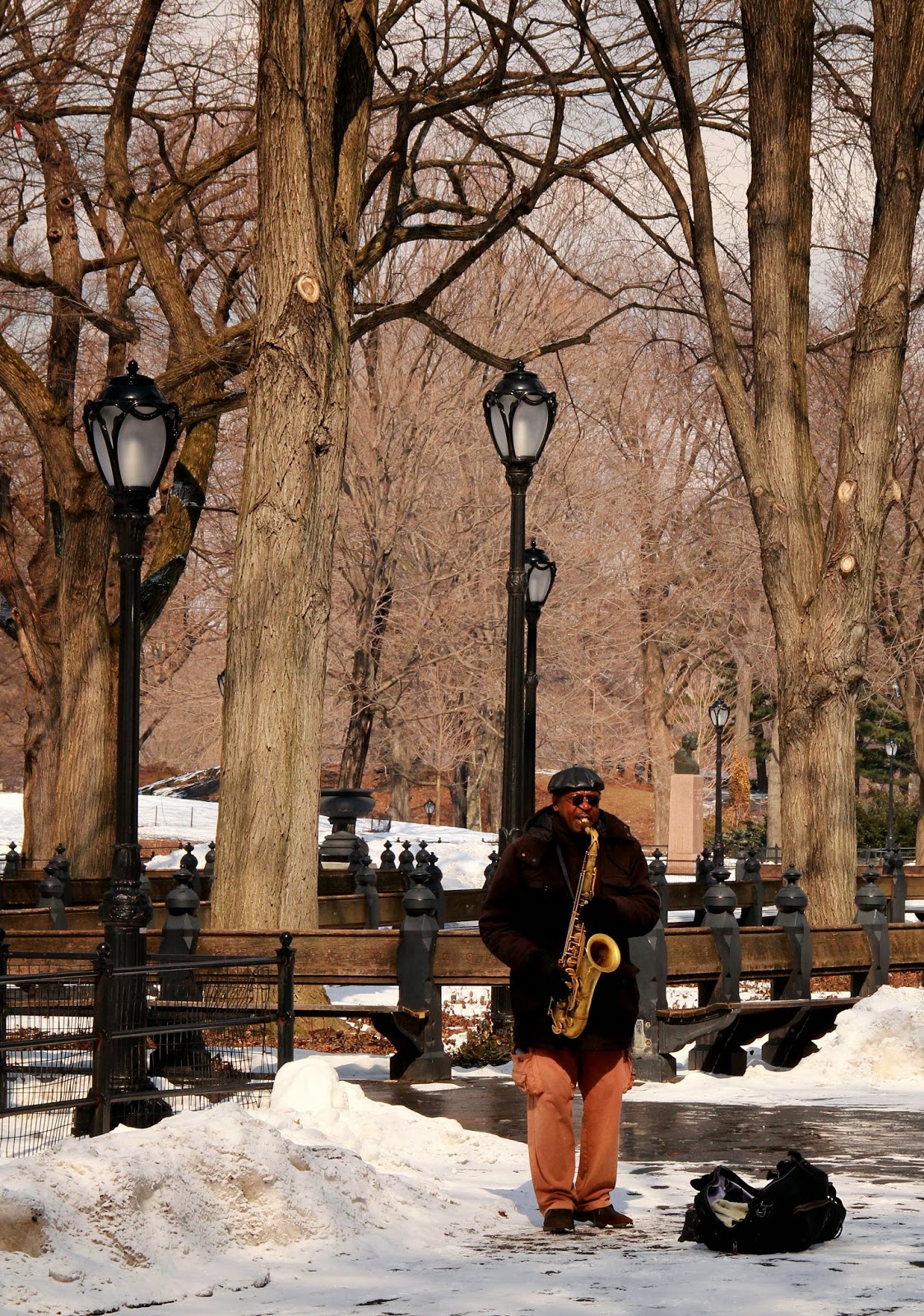 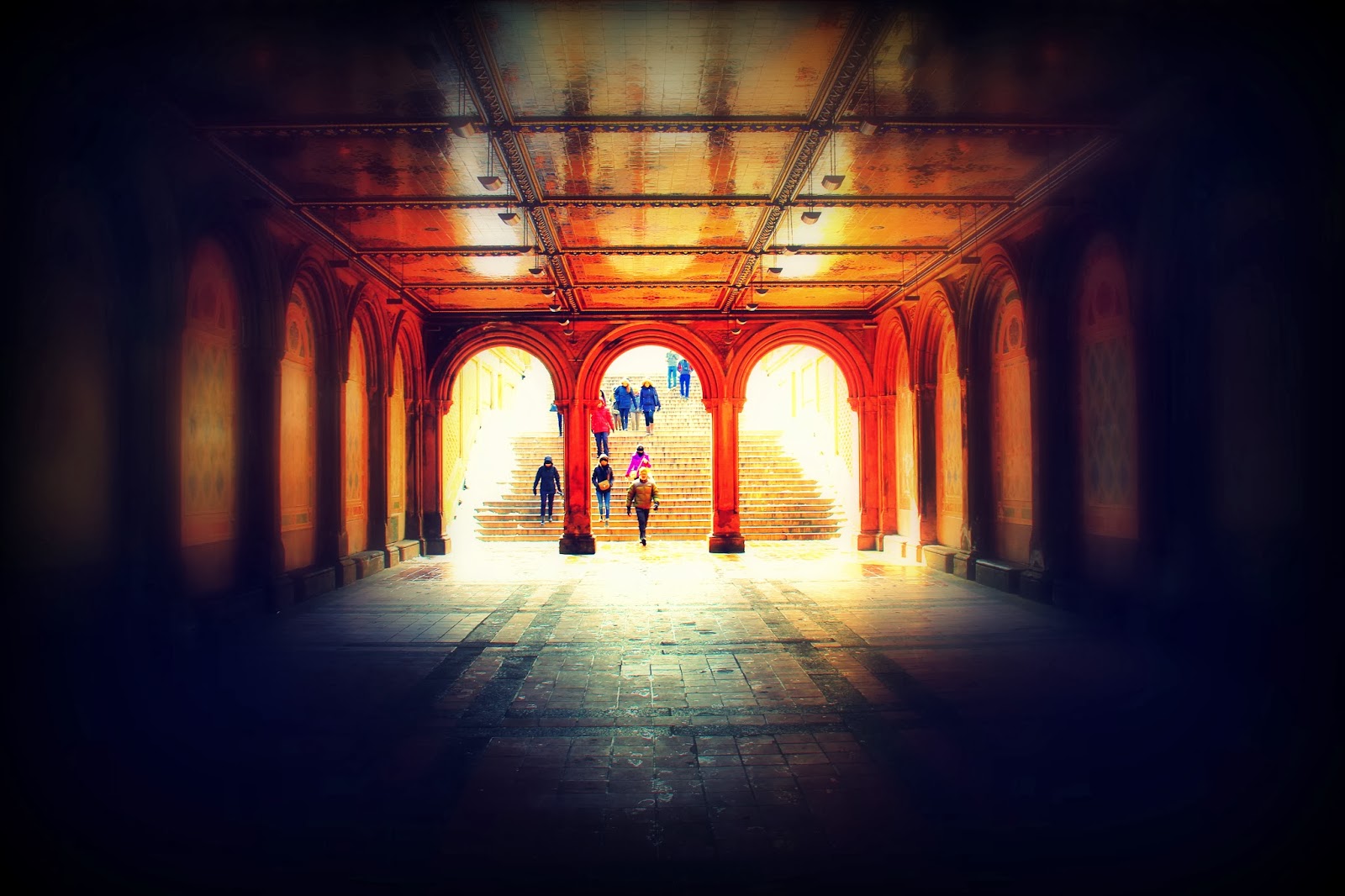 Sun came up by the time I've reached Central park, one of the rare places that looks stunning any time of the year! Sun or rain, winter or spring, all kinds of autumn colors or tons of summer green, freezing cold or dying hot, sparkling snow, greyish fog, you name it! This place adopts amazingly and wears its season changes fashionably! 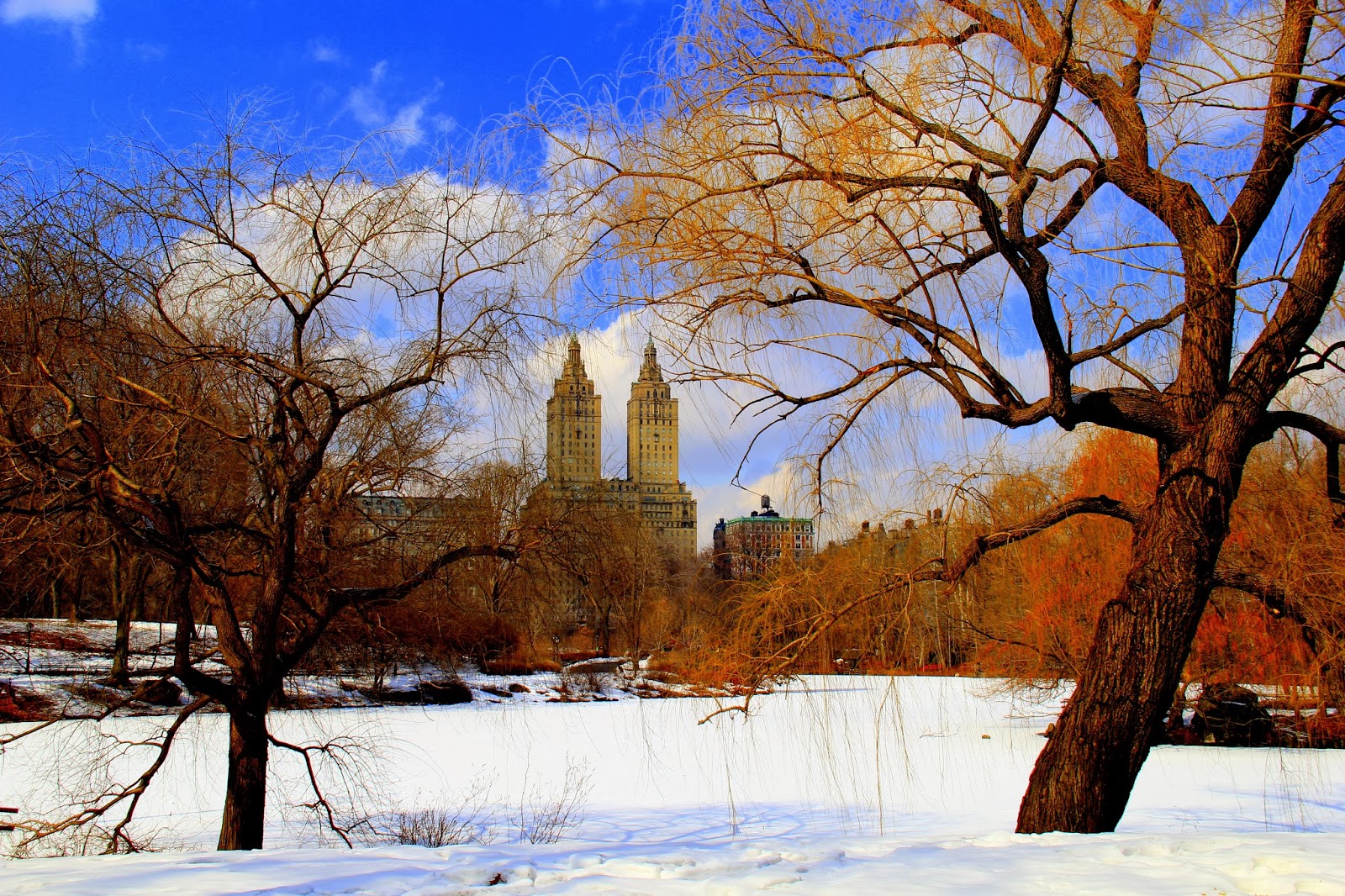 “There is something in the New York air that makes sleep useless.”
Simone de Beauvoir 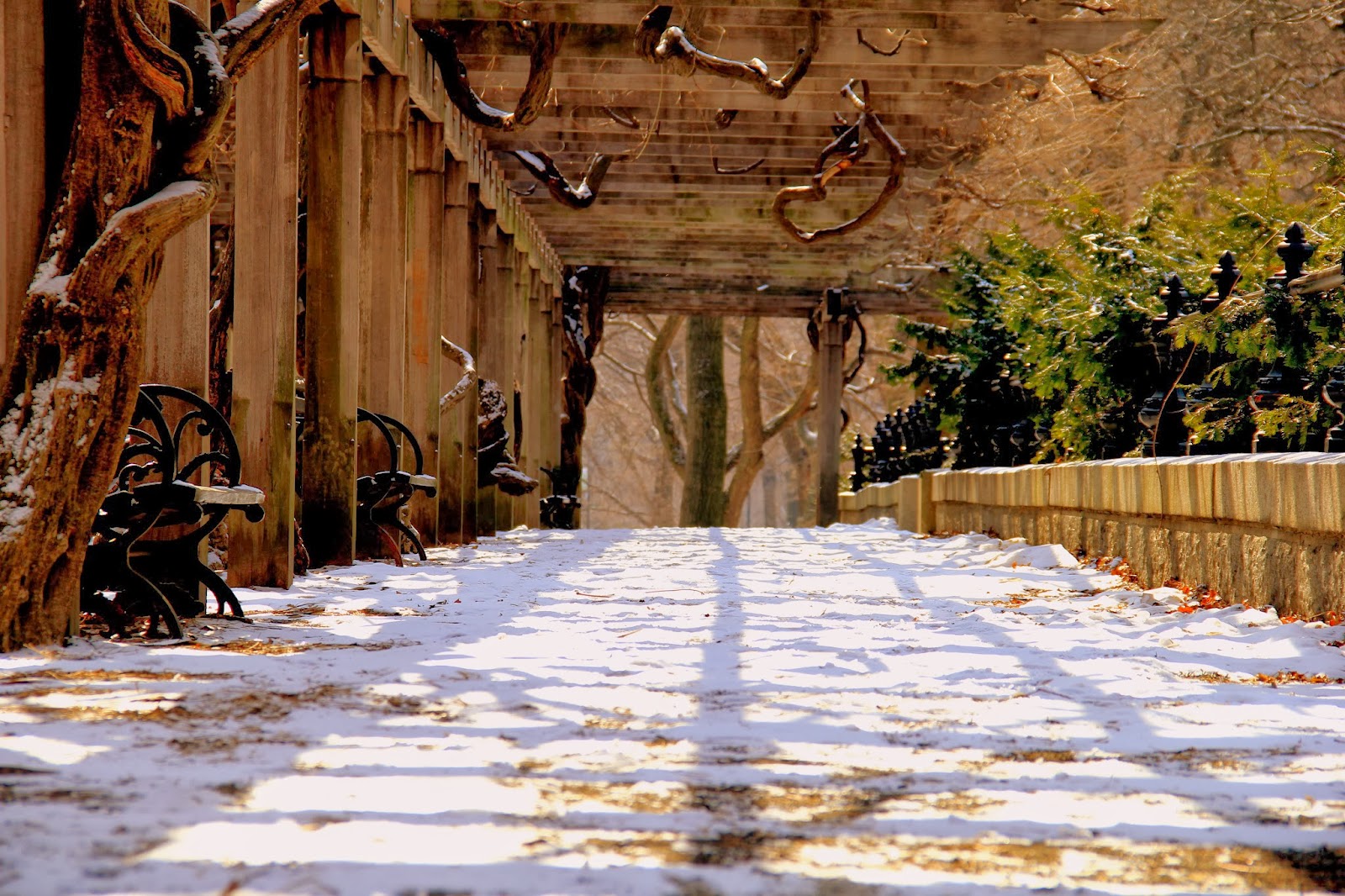 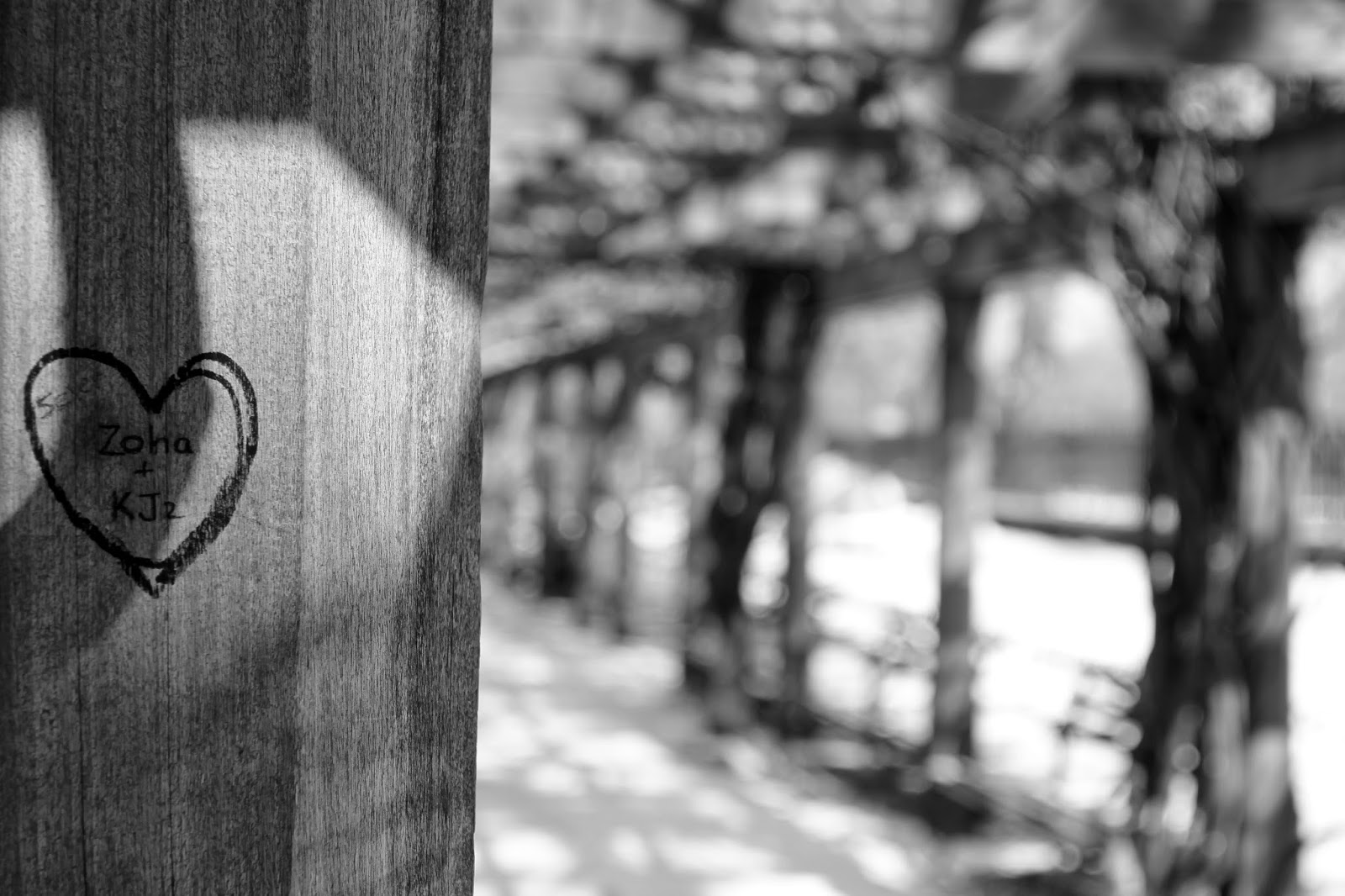 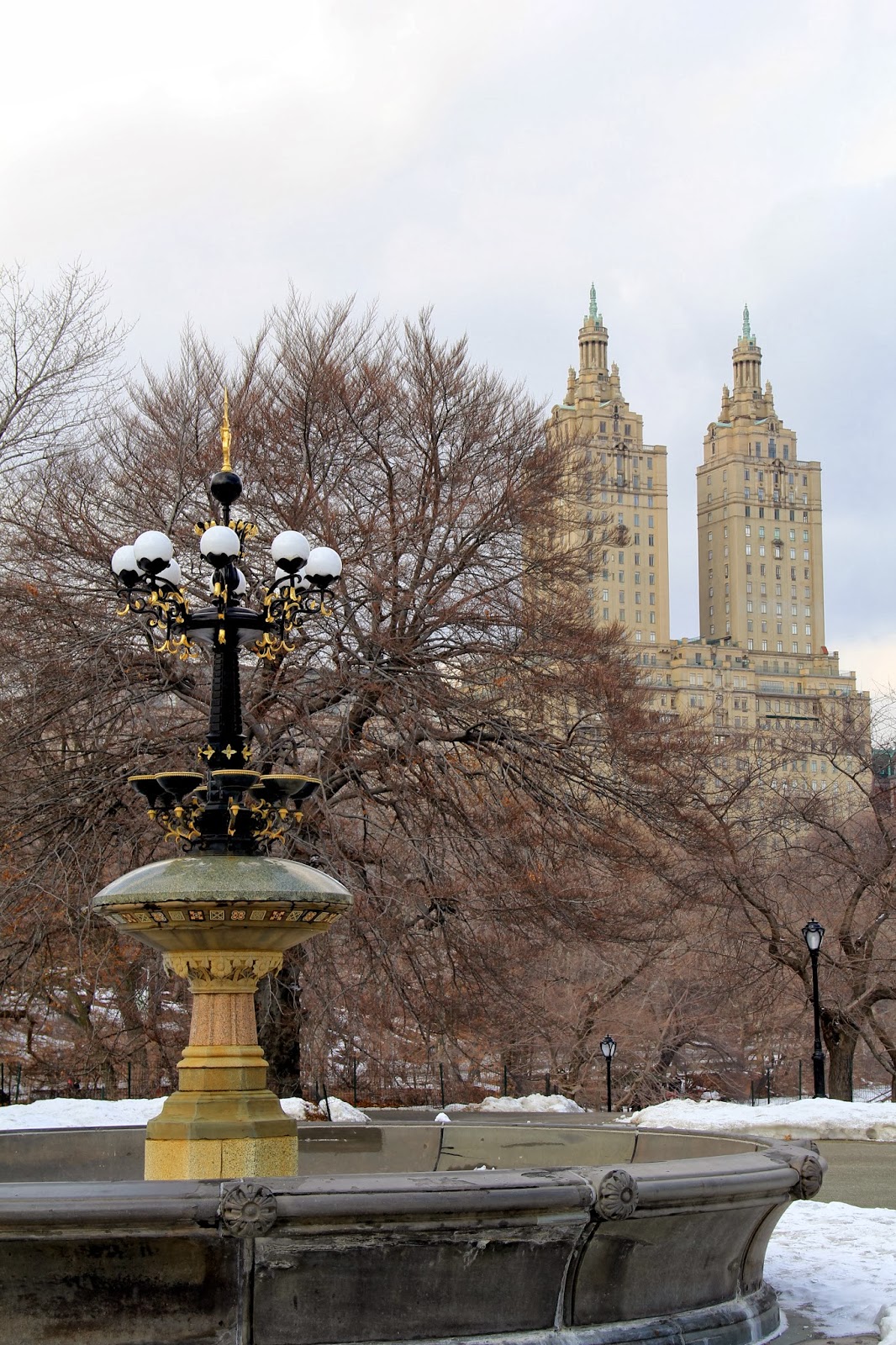 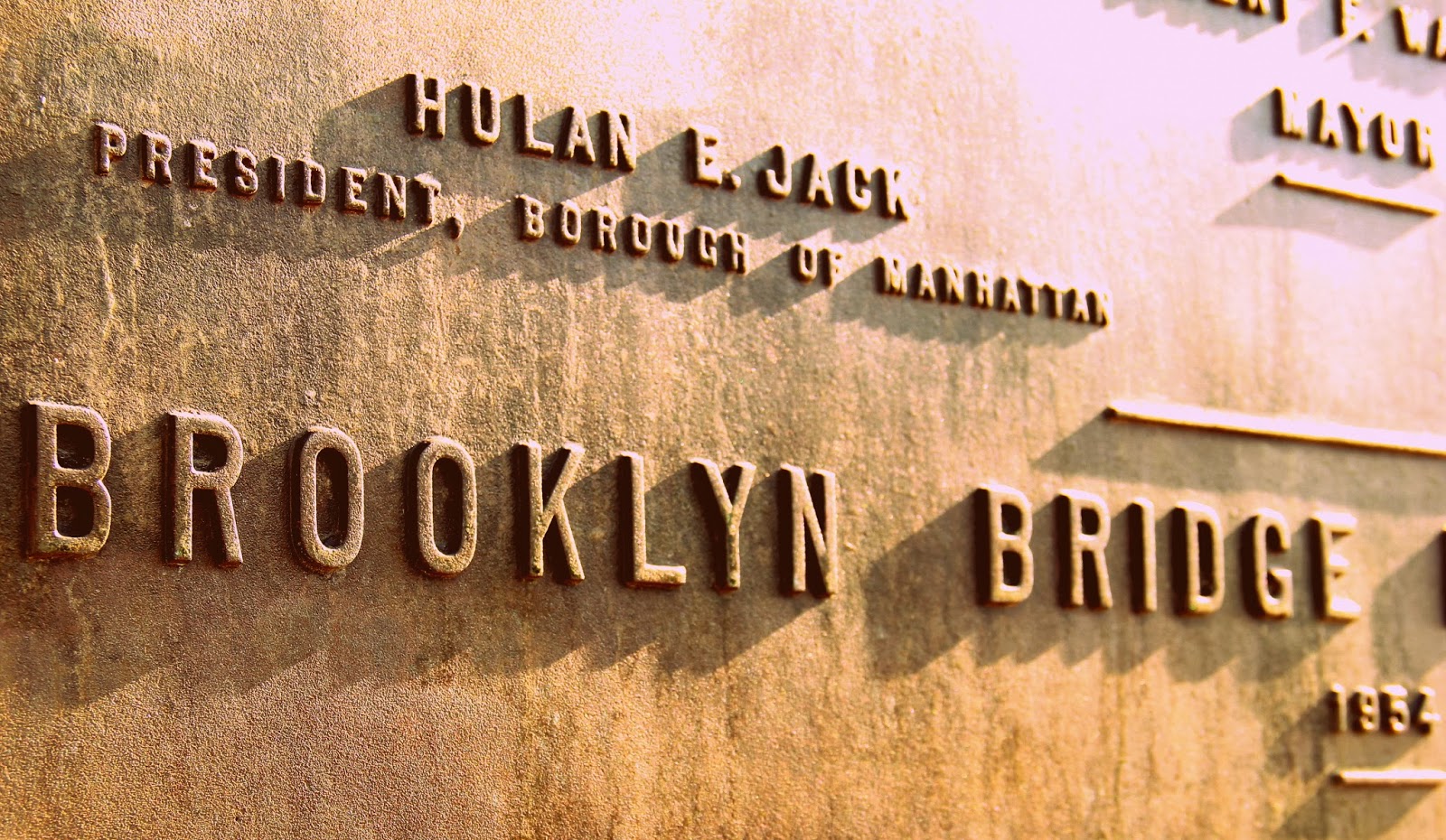 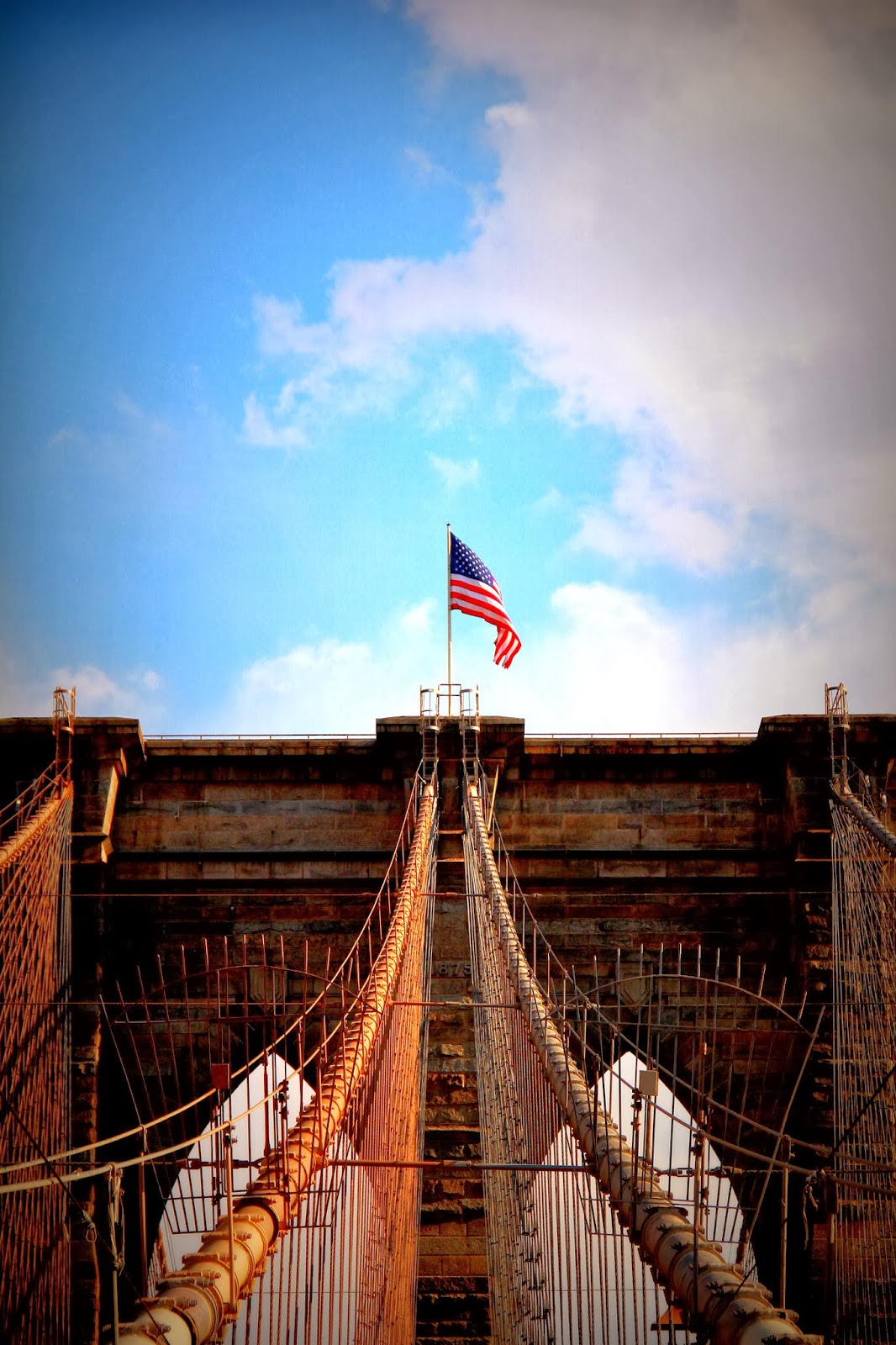 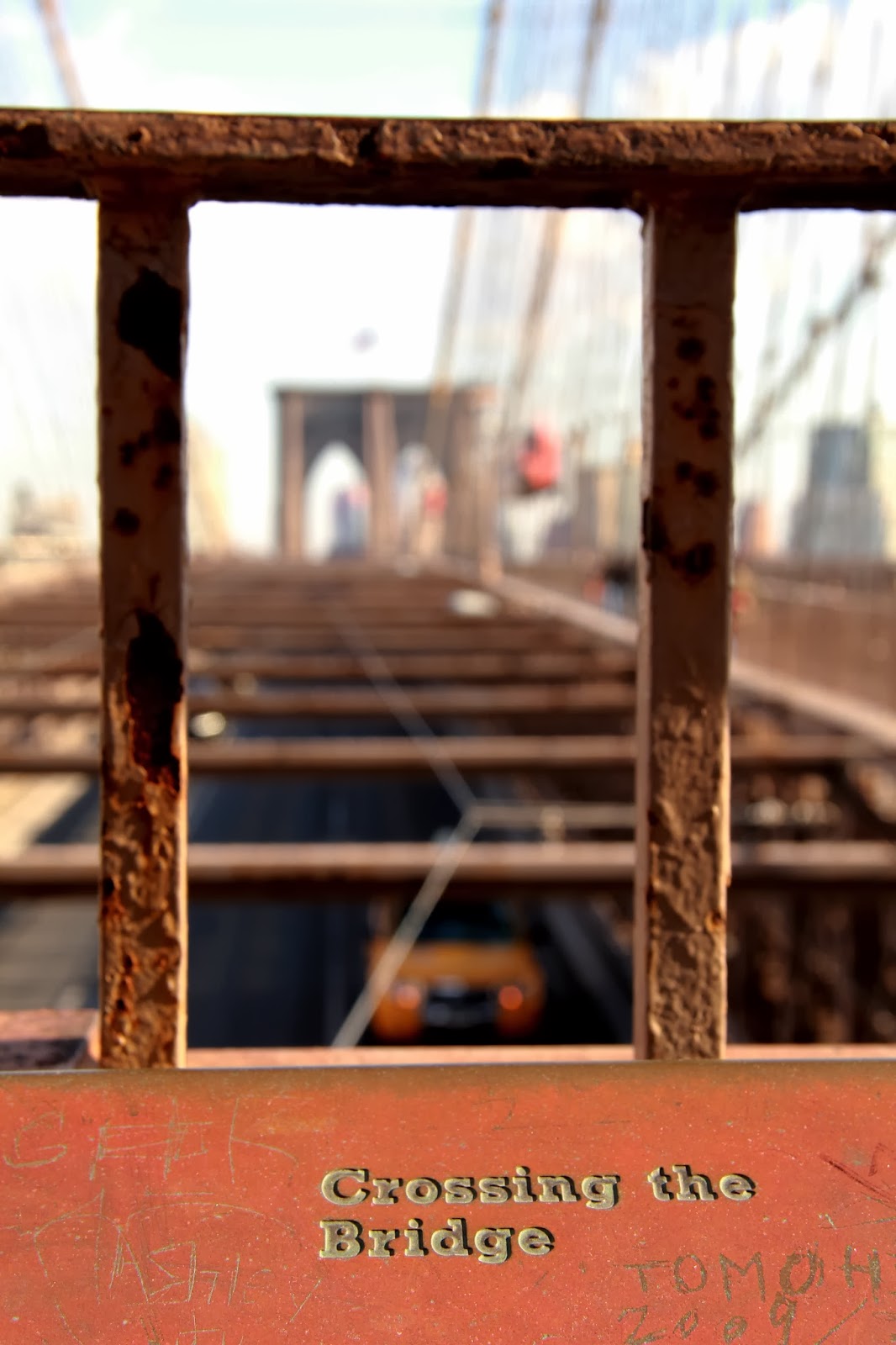 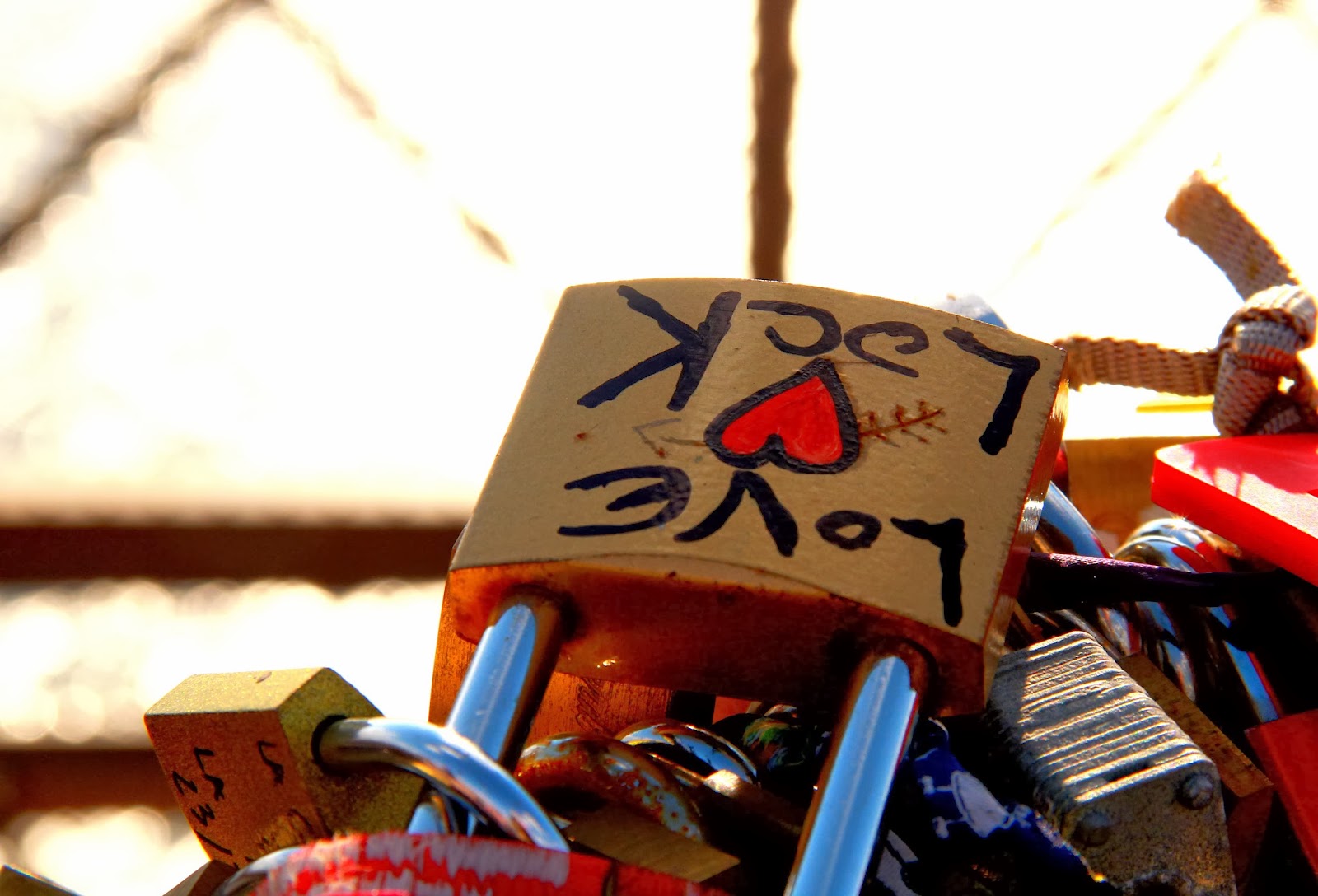 “I love New York, even though it isn't mine, the way something has to be, a tree or a street or a house, something, anyway, that belongs to me because I belong to it.”
Truman Capote 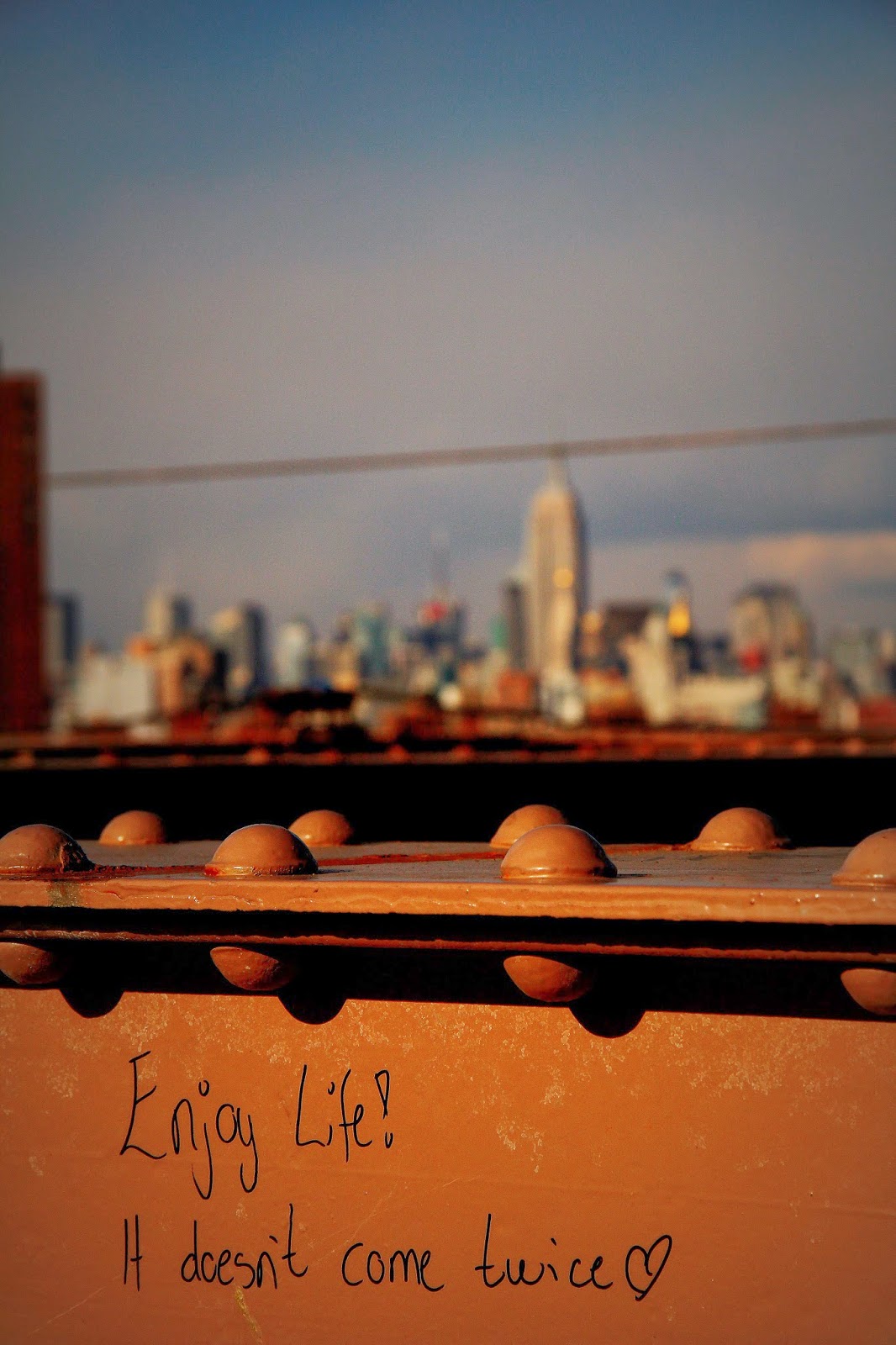 "...Concrete jungle where dreams are made of
There's nothing you can't do
Now you're in New York!
These streets will make you feel brand new
Big lights will inspire you..." 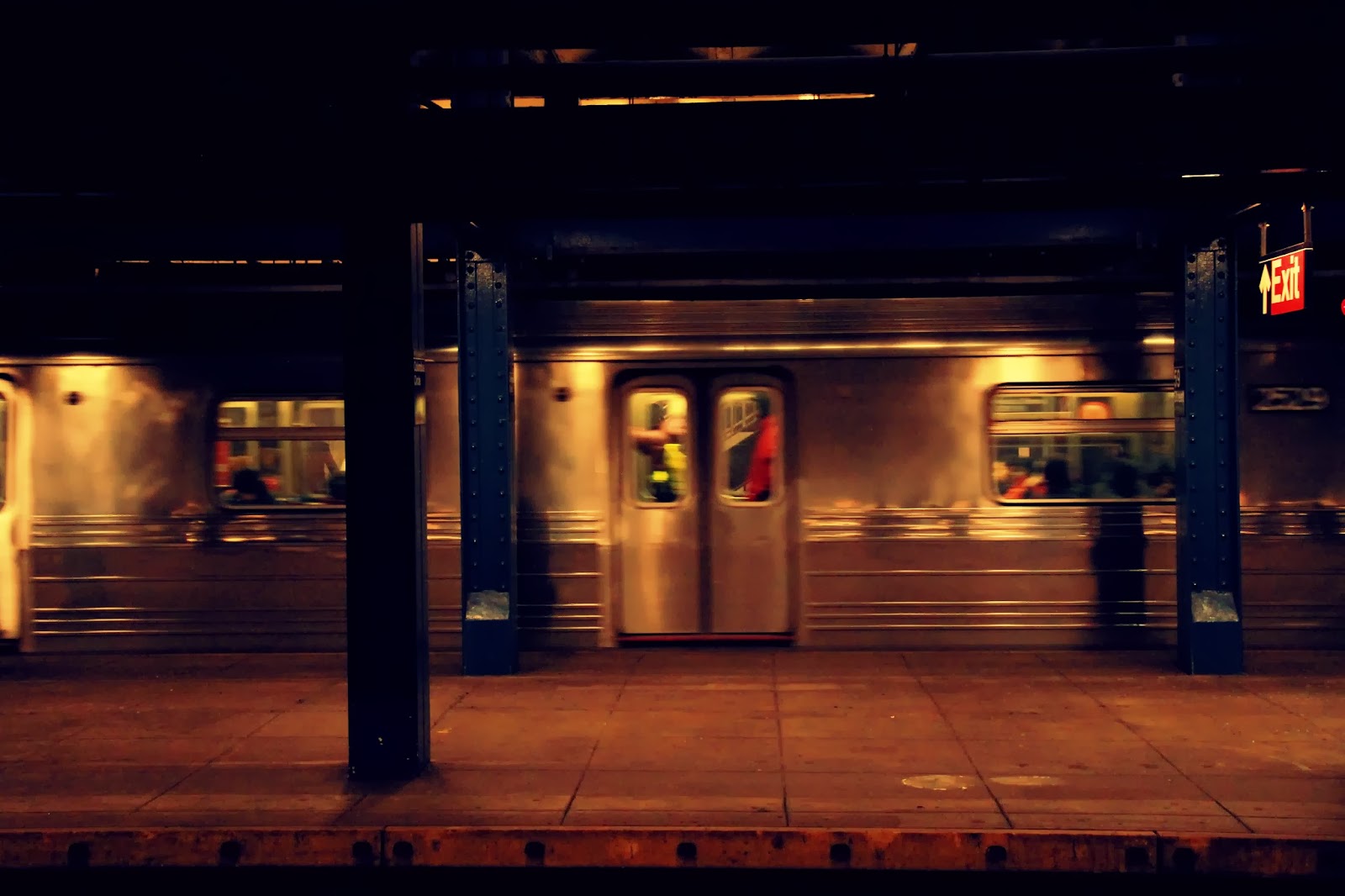 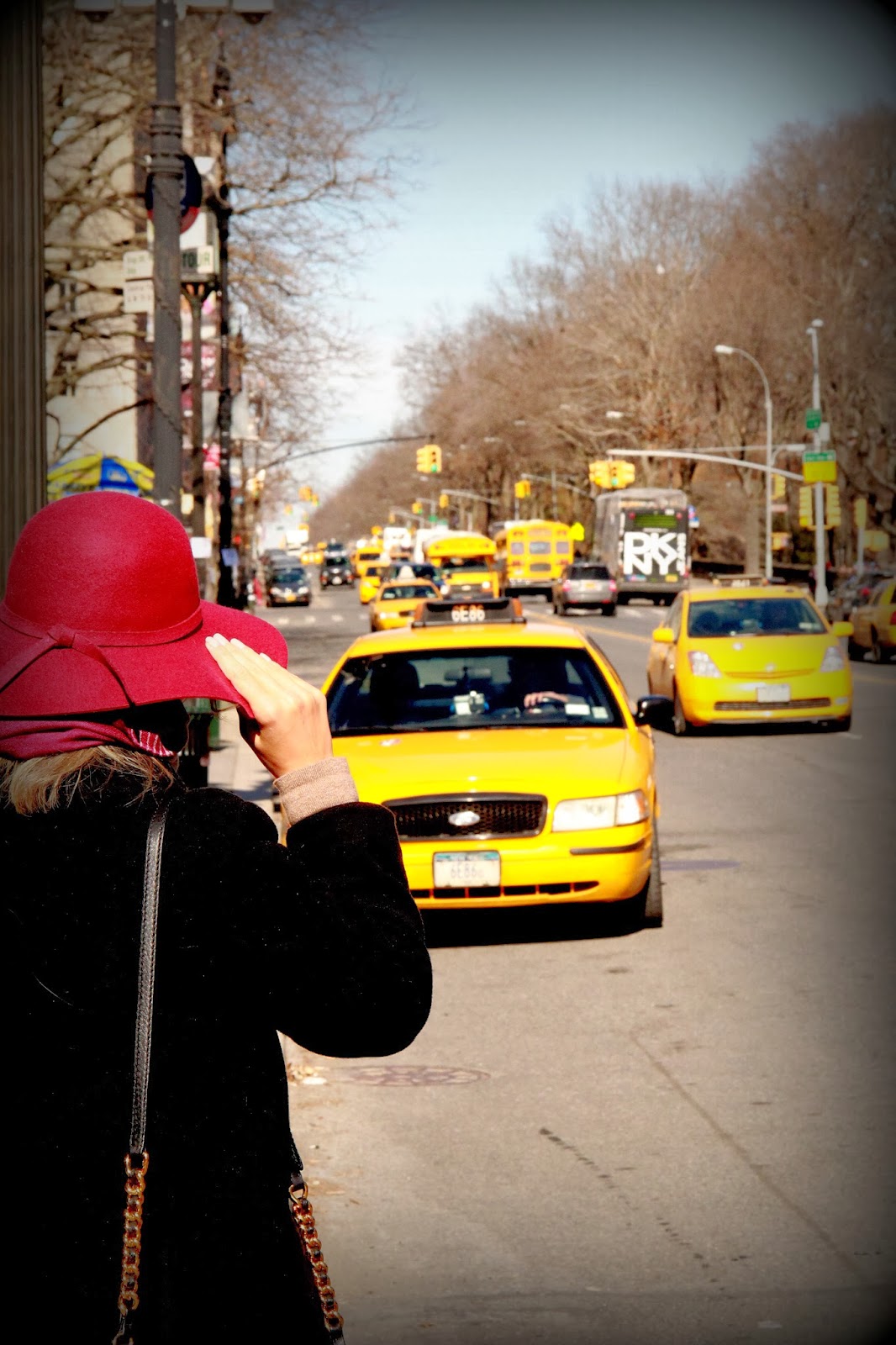 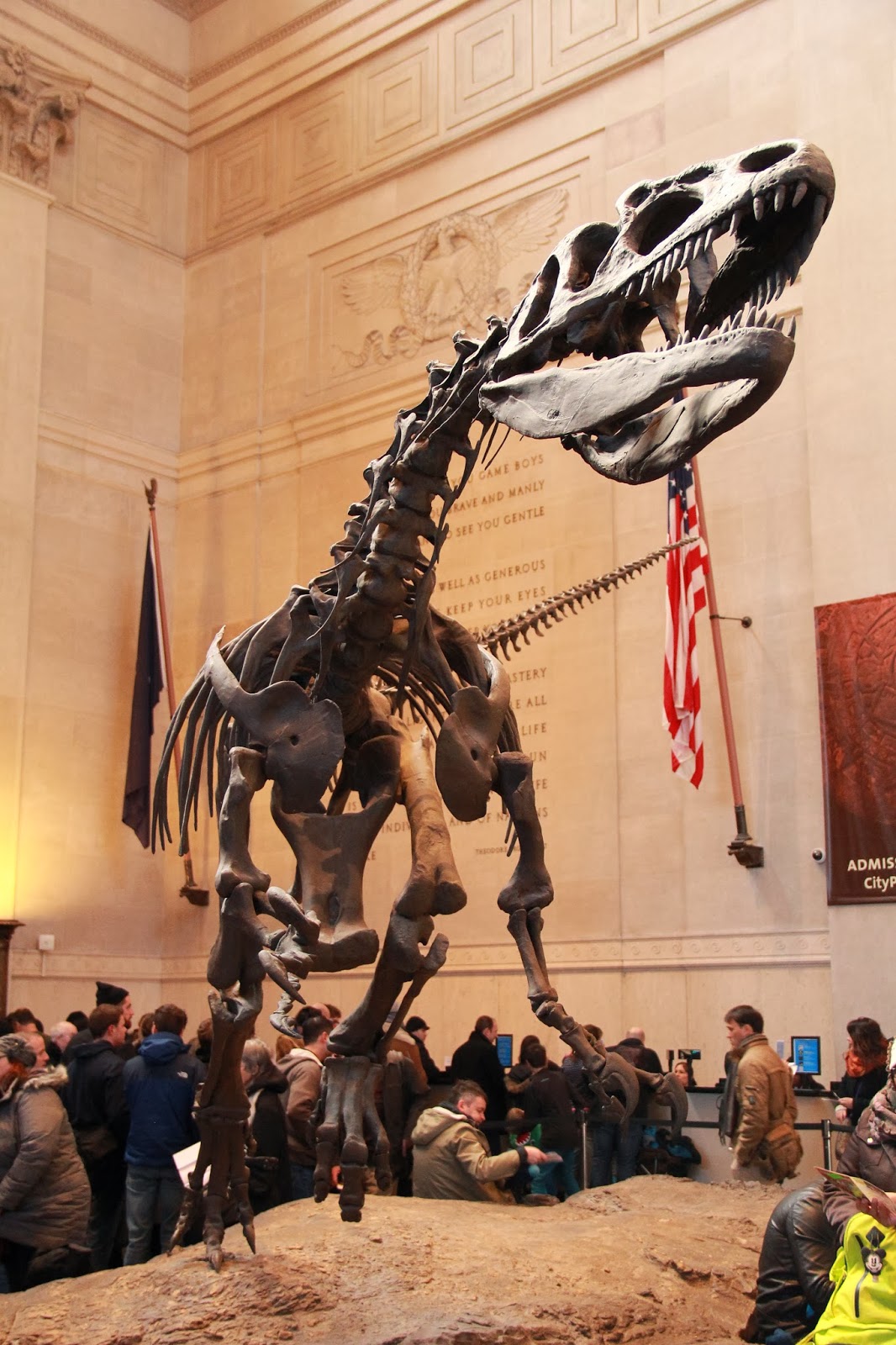 Museum of Natural History makes you wanna play a role in a 'Night in Museum'! 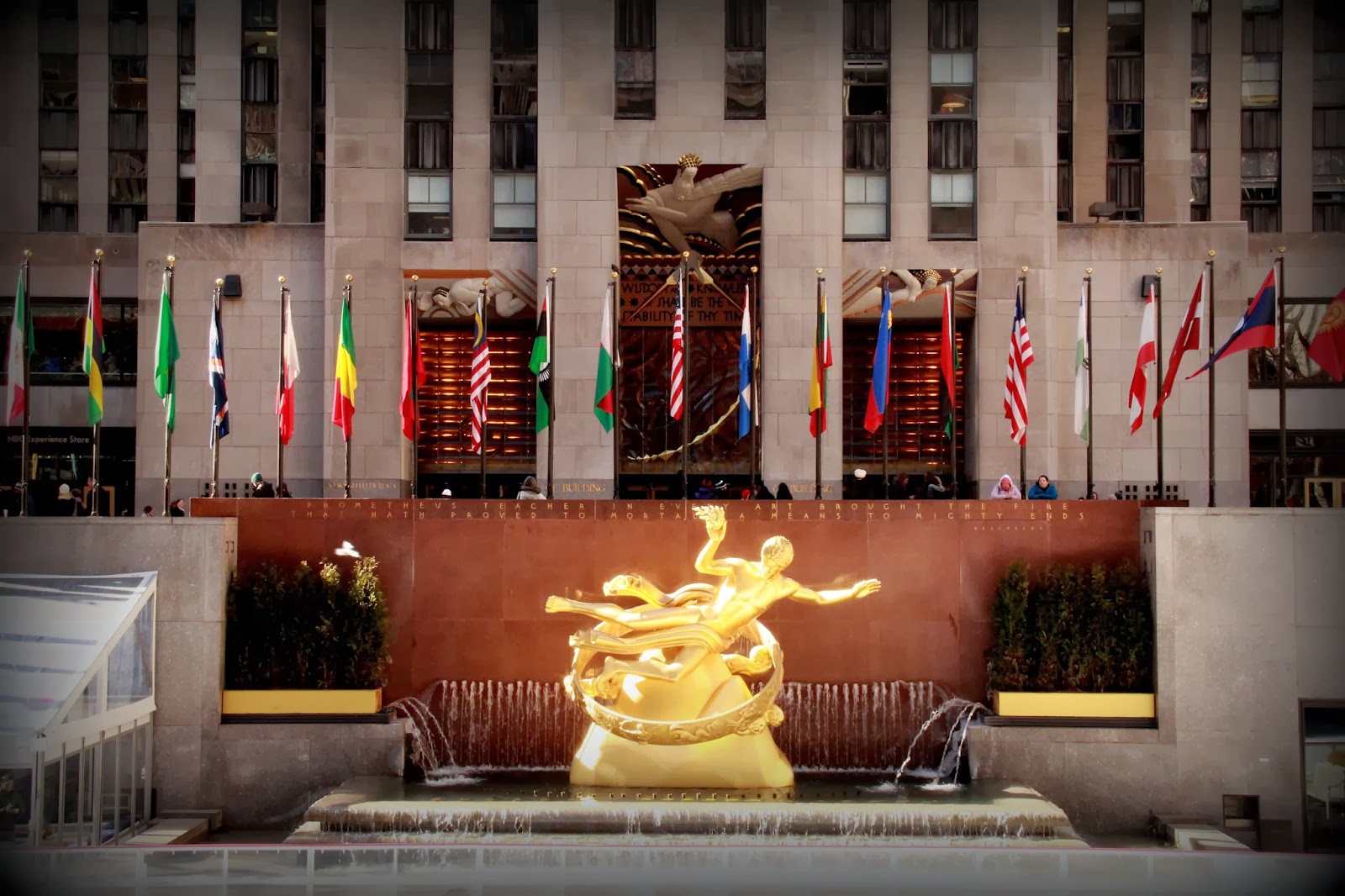 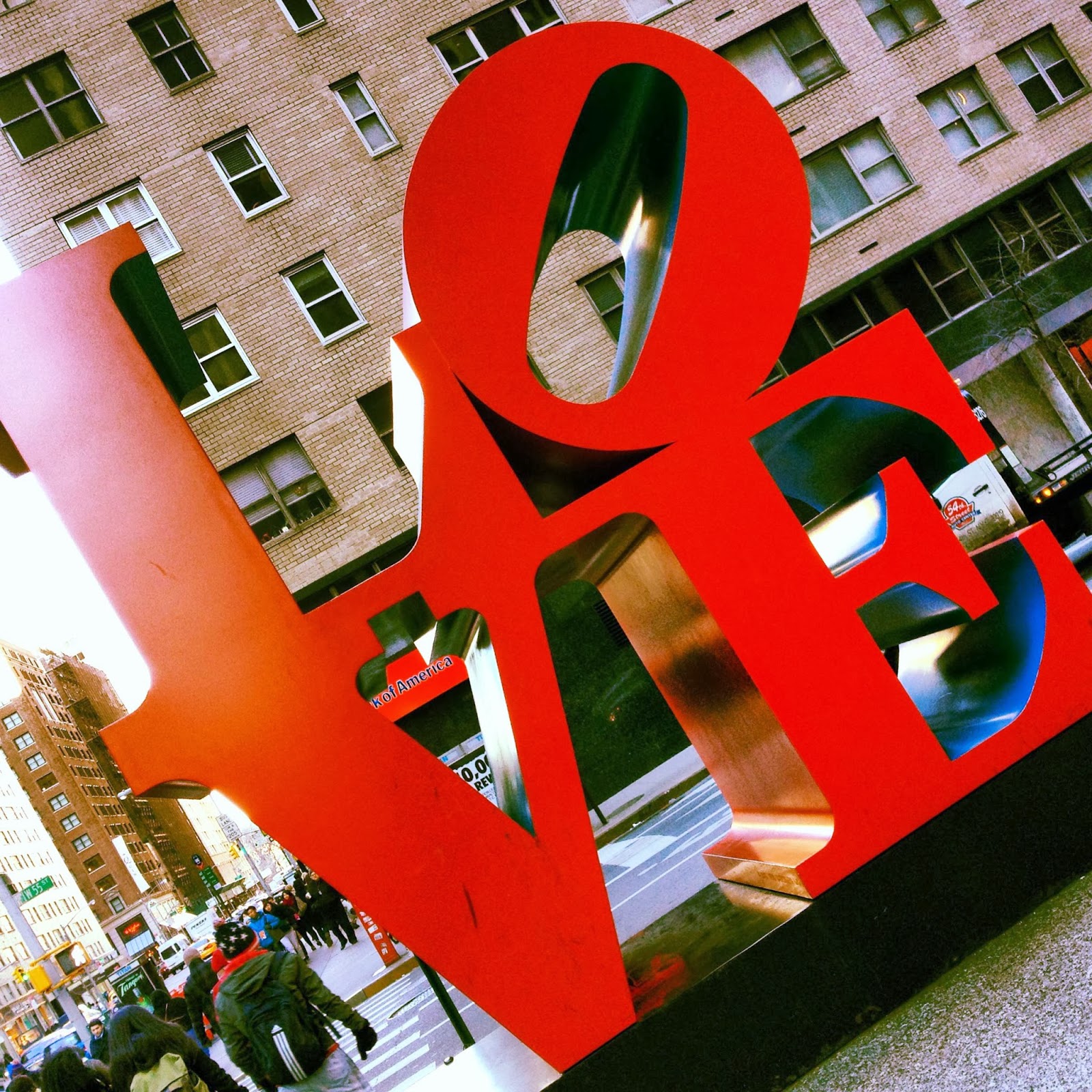 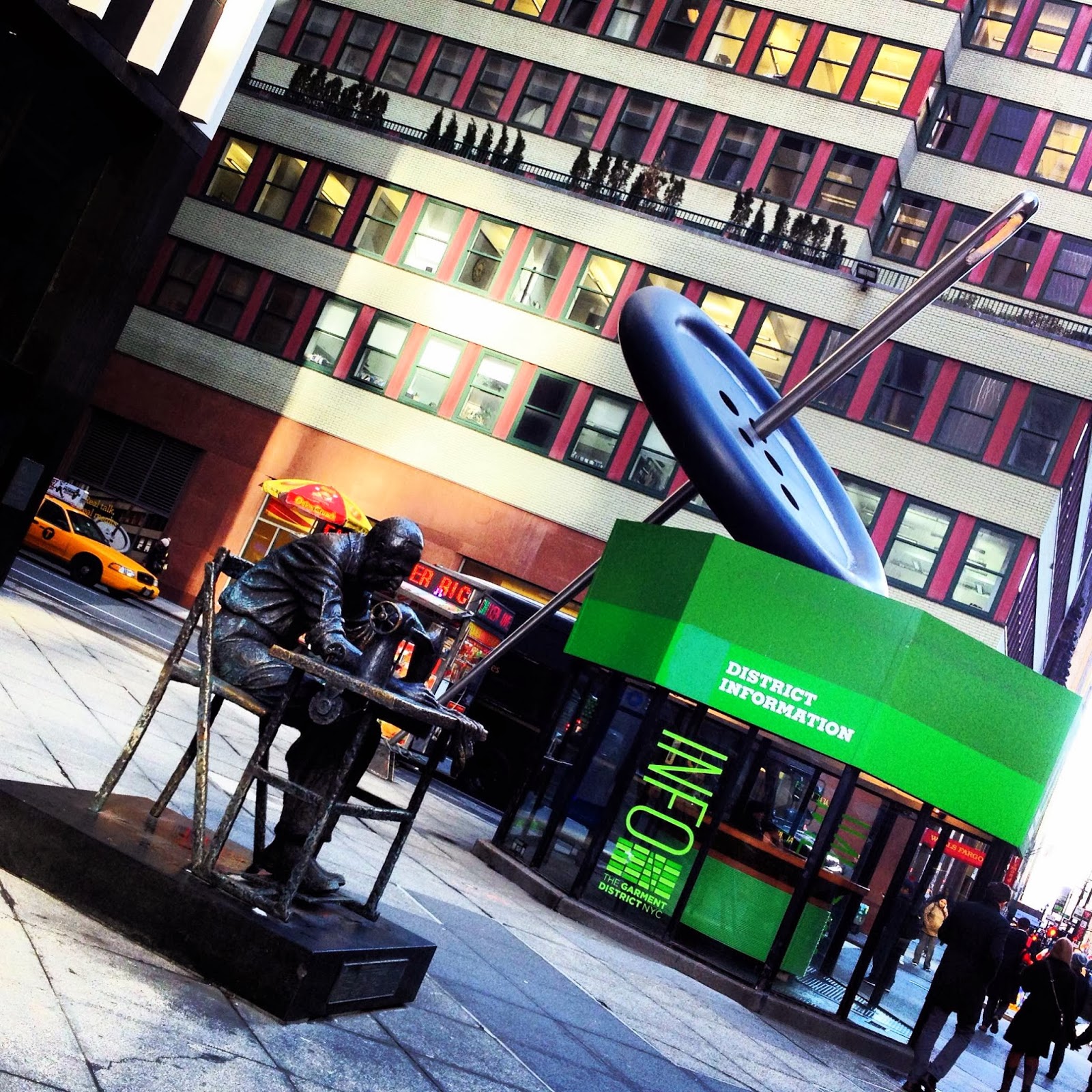 Fashion avenue, made me think about how I should learn to sew as a grown up cause what I've been doing with the buttons lately is shameless! Saying I'm bad at it would be an understatement! Maybe I can make a pretty nice 3 course dinner for 20 people in a few hours but to sew a button is rocket science for me :)) Just saying... :)
This story can't wait to get its next sequence, but until then a girl has to work some more, see some other parts of the World, pack a suitcase, again (and again and again...), and go home for her B'day :) Another thing she can't wait for!  Eat my granny's cakes (yes, plural!), hang out with my family, have long gossips filled nights with my girls...
Every single time it feels like I haven't been home for ages when there's only been a few months since my last visit but, still I get excited like a kid in a candy shop :)
Life is good...
Nighty night...zzzzz... xo...zzzzz...
Objavila Tea the traveler at 6:06 PM 5 comments: