Orange day in Amsterdam vs chillaxing time in Seychelles :)

While we're going crazy anticipating our rosters for the next month, and every month is the same story with crew (someone actually described it like a woman in her PMS, which is not so far away from the truth...) :))
So while waiting, instead of going crazy in front of my laptop the whole day, refreshing that page and hoping it will finally show up and bring me flights and days I asked for, I'm going to the beach with my dear friend. Not just any beach but THE Beach! Haha, very imaginative name for one of the recently pimped up beaches in the city, so let's see what it has to offer on this hot and sunny Monday afternoon... 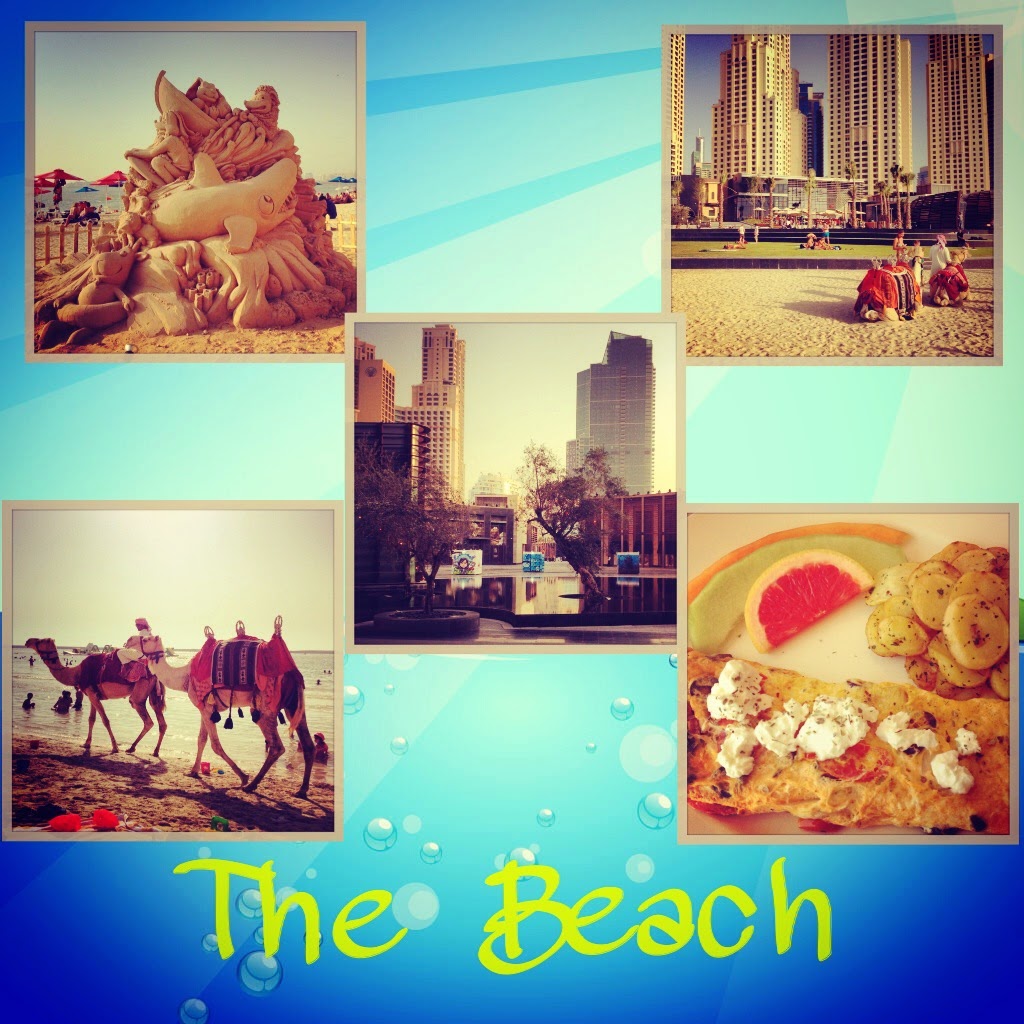 It's a long drive from my place to The Beach :p so instead of being irritated with the crowd in the metro I started writing this post about last weekend and one great orange day in the city of Amsterdam!
Days before the flight I decided to try and swap it for a Tokyo or Osaka while the cherry trees are still blooming, since it was one of my top wishes while I'm here, but, thankfully, no one wanted to change flights with me.
The thing is, we all want to travel to all those far away places, far from our home countries and Japan is definitely one of them for me. Living in Europe Amsterdam is pretty close so let's use the opportunity to go further while we still can.
Anyhow, that didn't happen and I ended up in Netherlands for a day! And not just any day, but for a celebration of King's birthday, for their national holiday when everyone dresses up in orange as a show of pride (love, respect, support or whatever else they want to show) for their Dutch Royal family!
It's a huge huge party (thought about making the same for my bday next year hihihi) all over the country but of course the biggest one is in Amsterdam. 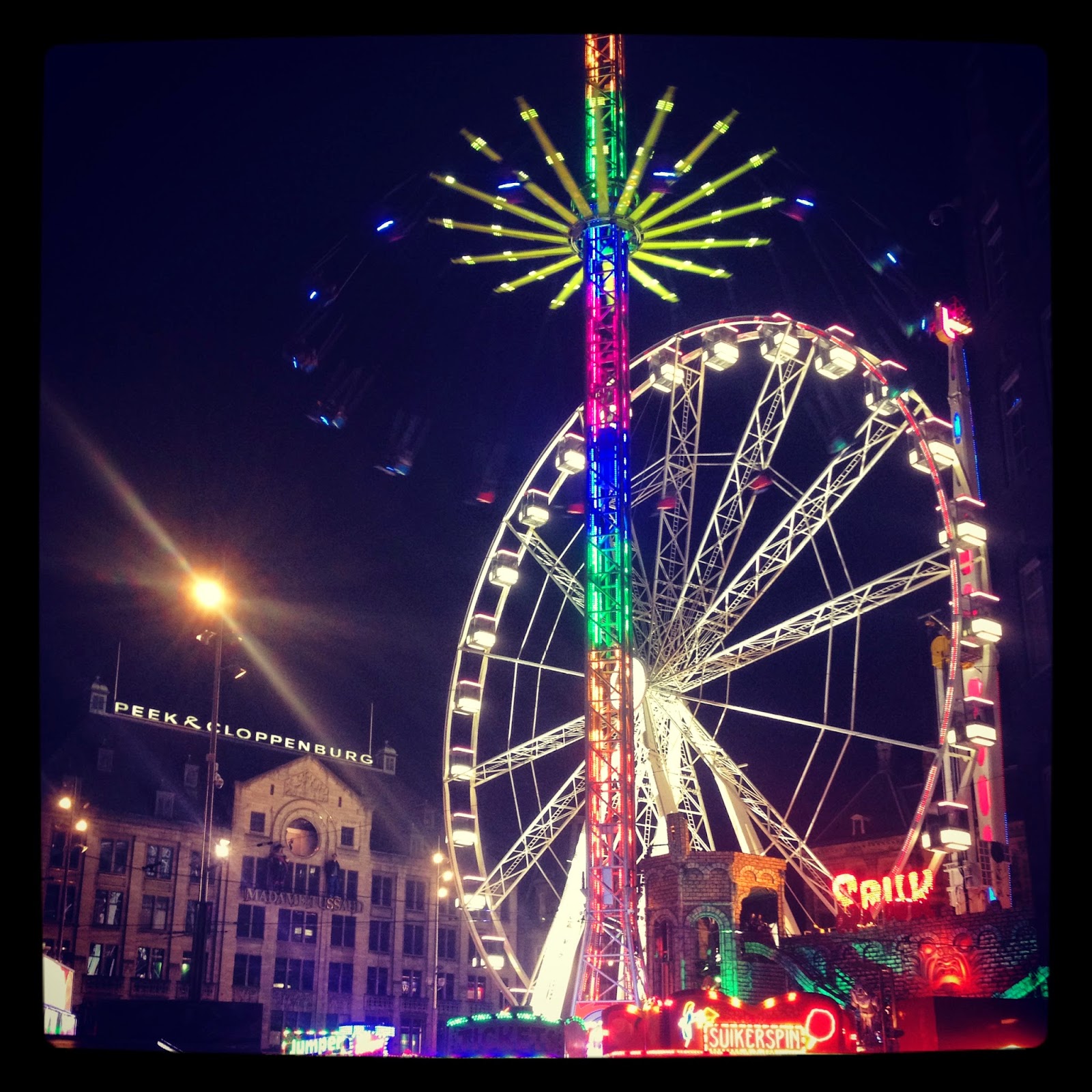 Little bit of a history lesson, didn't have one of those for some time now so you'll forgive me but a story is not a story if you don't have a clue about its background. Right? Right! (And here I am talking to myself again :)
Sooo... King's day or Koningsdag is actually a former Queen's day but it was changed from last year onwards since a prince Willhem-Alexander became a King of Holland last spring. Before him, for more than a 100 years queens were ruling this country and the celebration dates from 1885 when Queen Wilhelmina was born. After her the tradition continued for the Queen Juliana and Queen Beatrix who is now princess again since her son succeeded her. 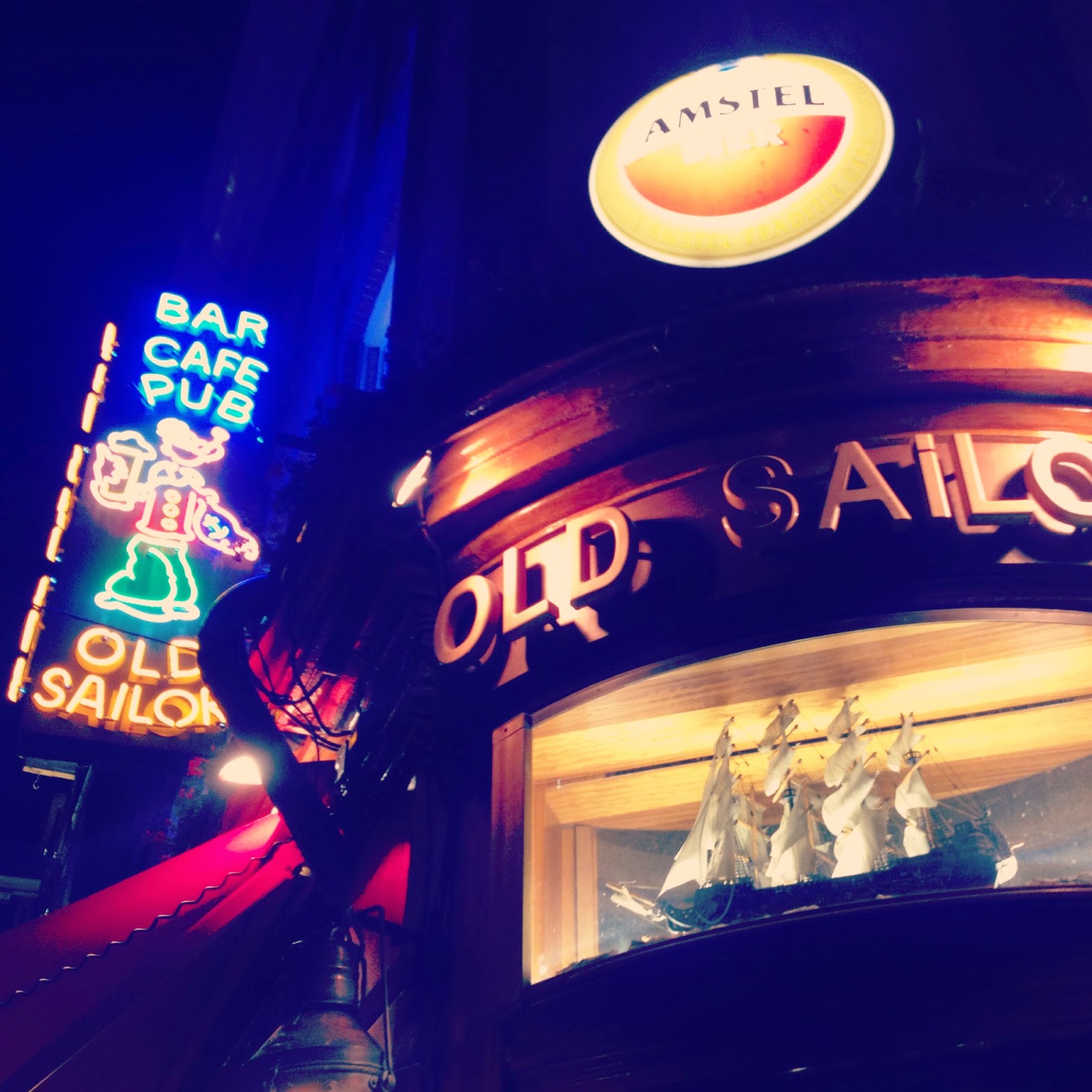 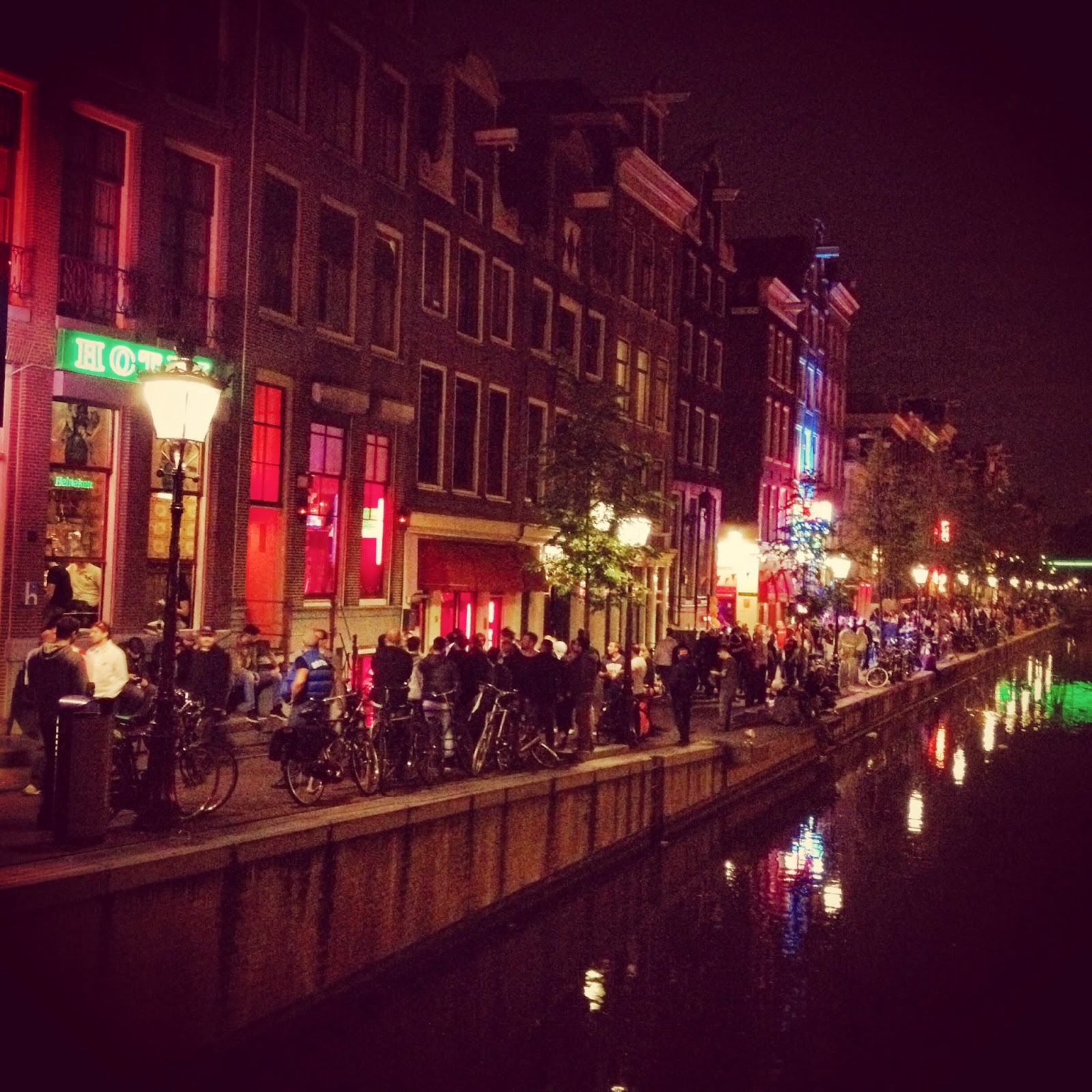 Arriving anywhere on a Friday afternoon makes it a great layover, having crazy good crew makes it even better so we went to the city immediately. 2 train stops from the airport, 20minutes drive and we were there, ready to party with everyone else! :)
Comparing Friday night and Saturday evening must say Saturday was so much more fun, but than again we had a chance to see Red light district at its 'best' or worst, depends how you look at it :)
I kept thinking, how many men, what kind of men...brrrr, and all for 50€ for a 'session'... No other explanation but - those girls must love what they do! Well, at least someone, it's not like you can say that for everyone :))
It's a small 'shopping area', shopping for pleasure, different kind of pleasure :) When you think better this city is full of different kinds of pleasures :D 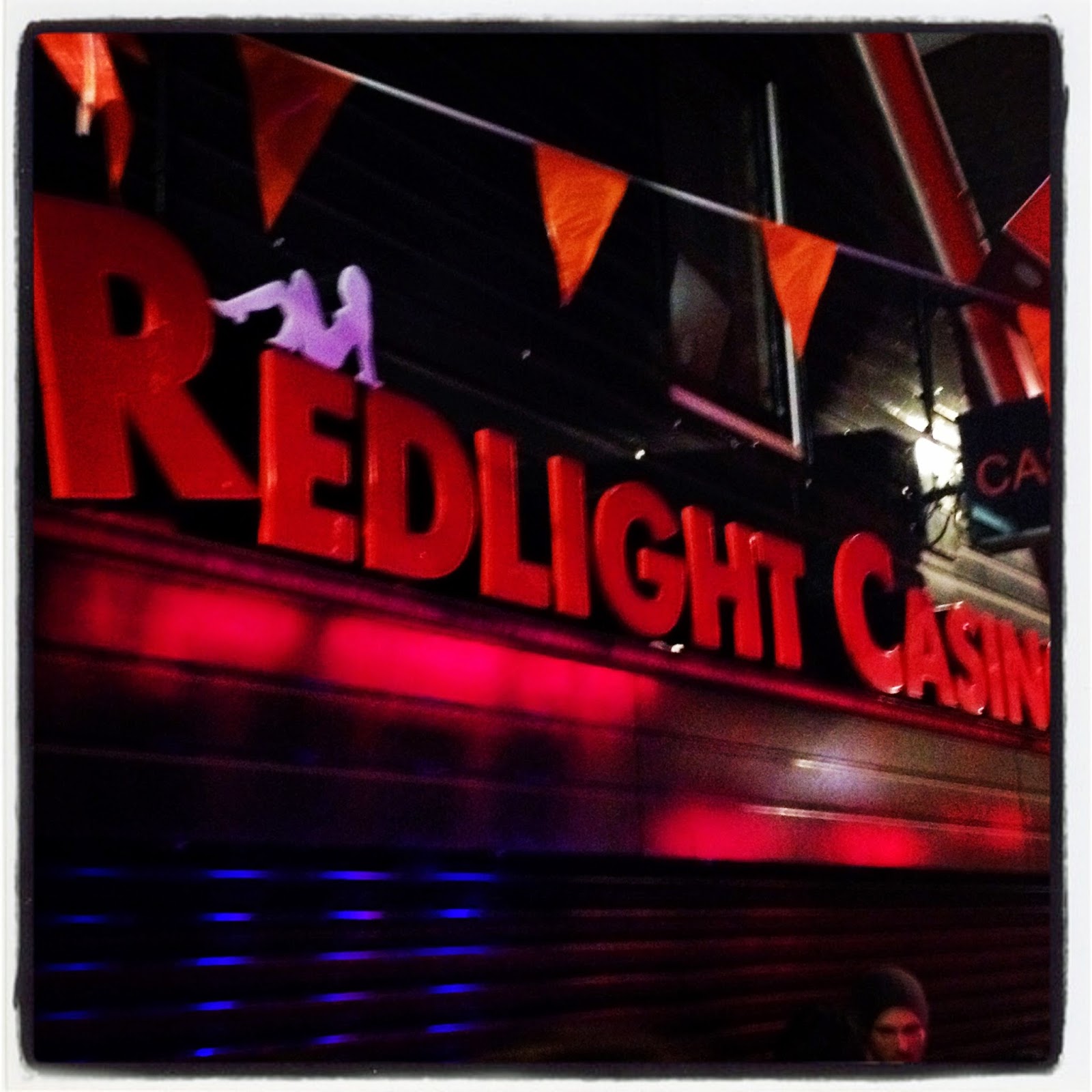 That night I slept for so long, just to be able to stay awake for the whole next day and work the night flight back to Dubai. Very sweet Greek girl, very crazy Lebanese guy and myself went to the city around noon and we were already feeling awesomeness of the day in the air! Same streets, same squares, same bridges PACKED with people! Locals, tourists, young, old, everyone was outside dressed in orange! Had to blend in so we got ourselves some T-shirts in a souvenir shop and walked around finding every new stage better than the previous one,  every new band or DJ better and better... 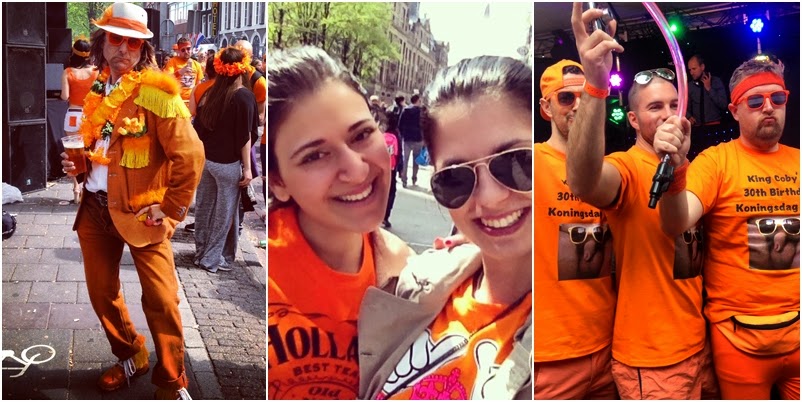 Canals were packed with boats same as the streets with people on foot or bikes! Every boat having their own music, drinks, vibe! Flee markets everywhere, stands with food and drinks... Not to mention the famous coffee shops and the clouds of marijuana scent in the air, literally EVERYWHERE!
Coming to a place where that is allowed from a place where you go to prison for life (or worse?) for the same thing makes it really weird, like we were even afraid to breathe next to the people with joints in their hands haha. But it's true, you get used to the life here, rules, laws etc and with time everything else feels strange, like kissing in public, eating in a metro, drinking on the street...it's always on your mind 'oh no I shouldn't be doing this!' and than the next thought follows 'but I can do it here just like I was used to do it before!' :)) My thoughts are taking me far from the subject again :) 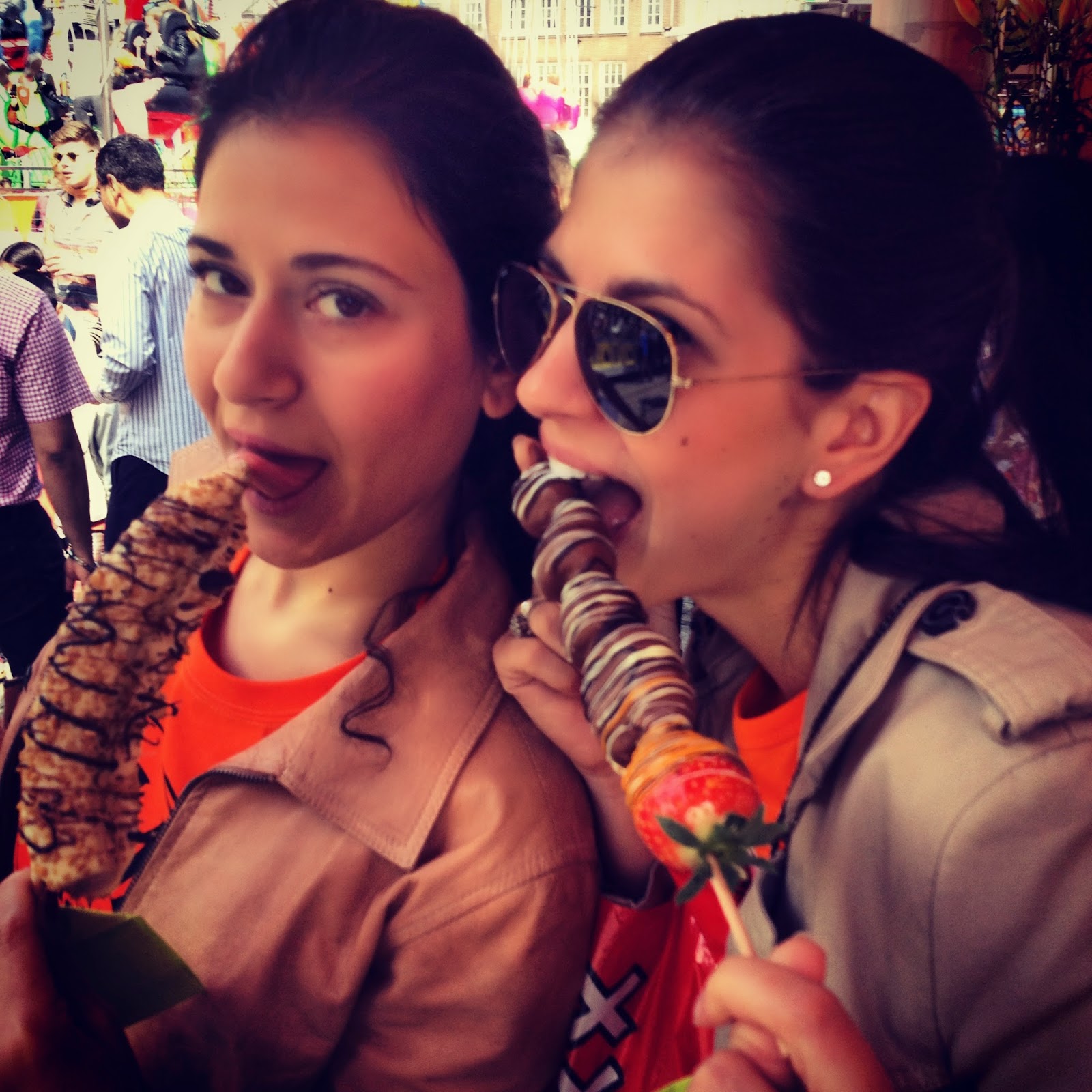 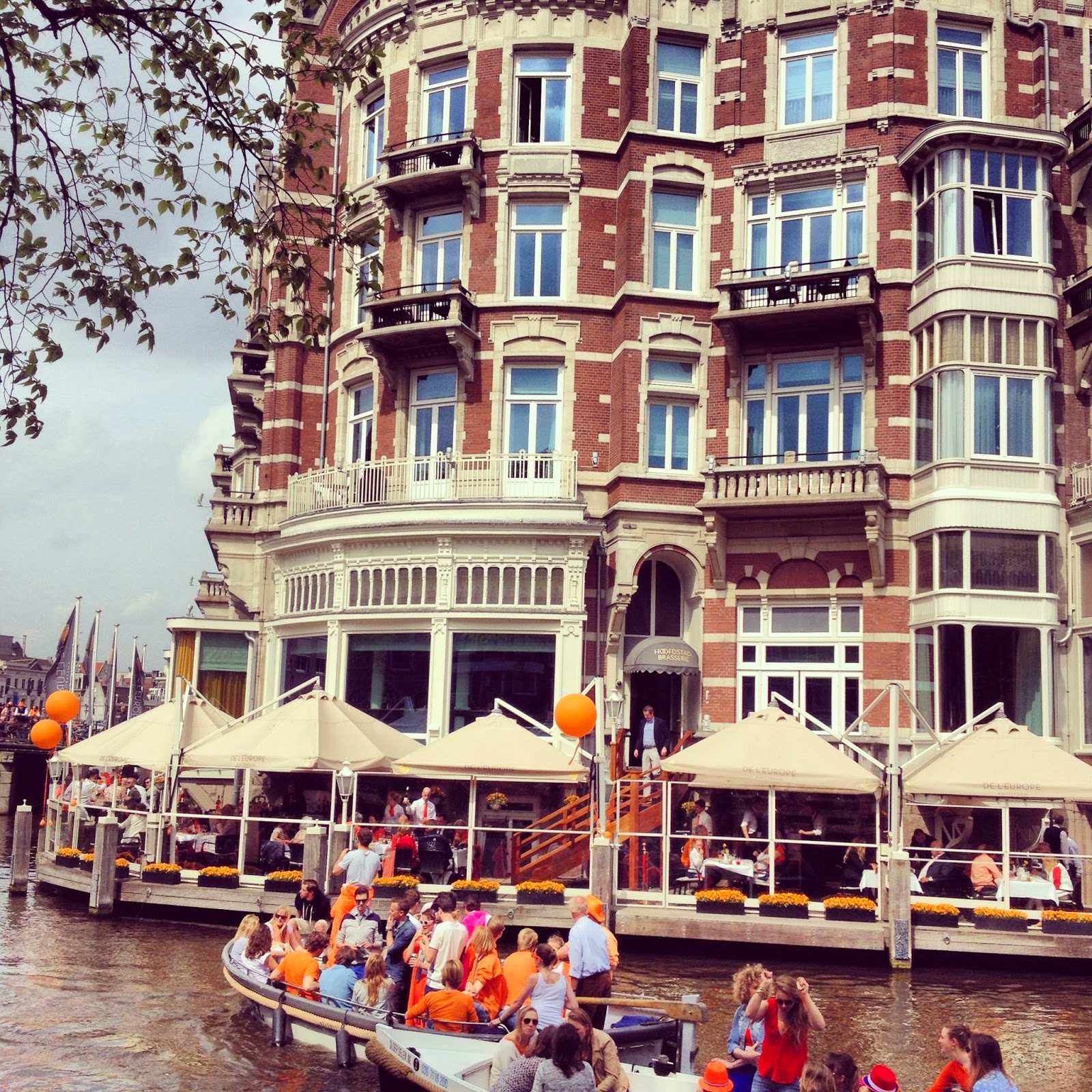 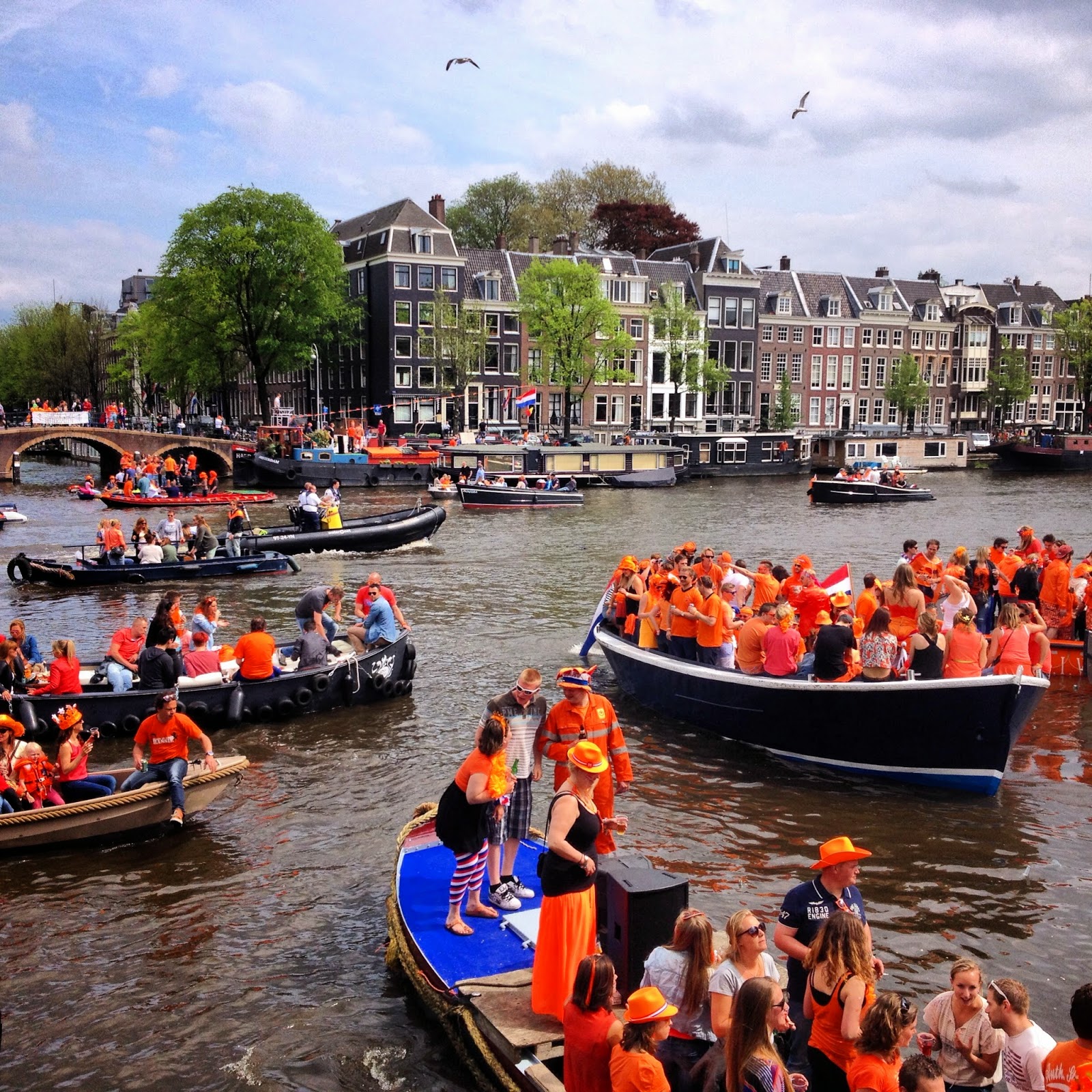 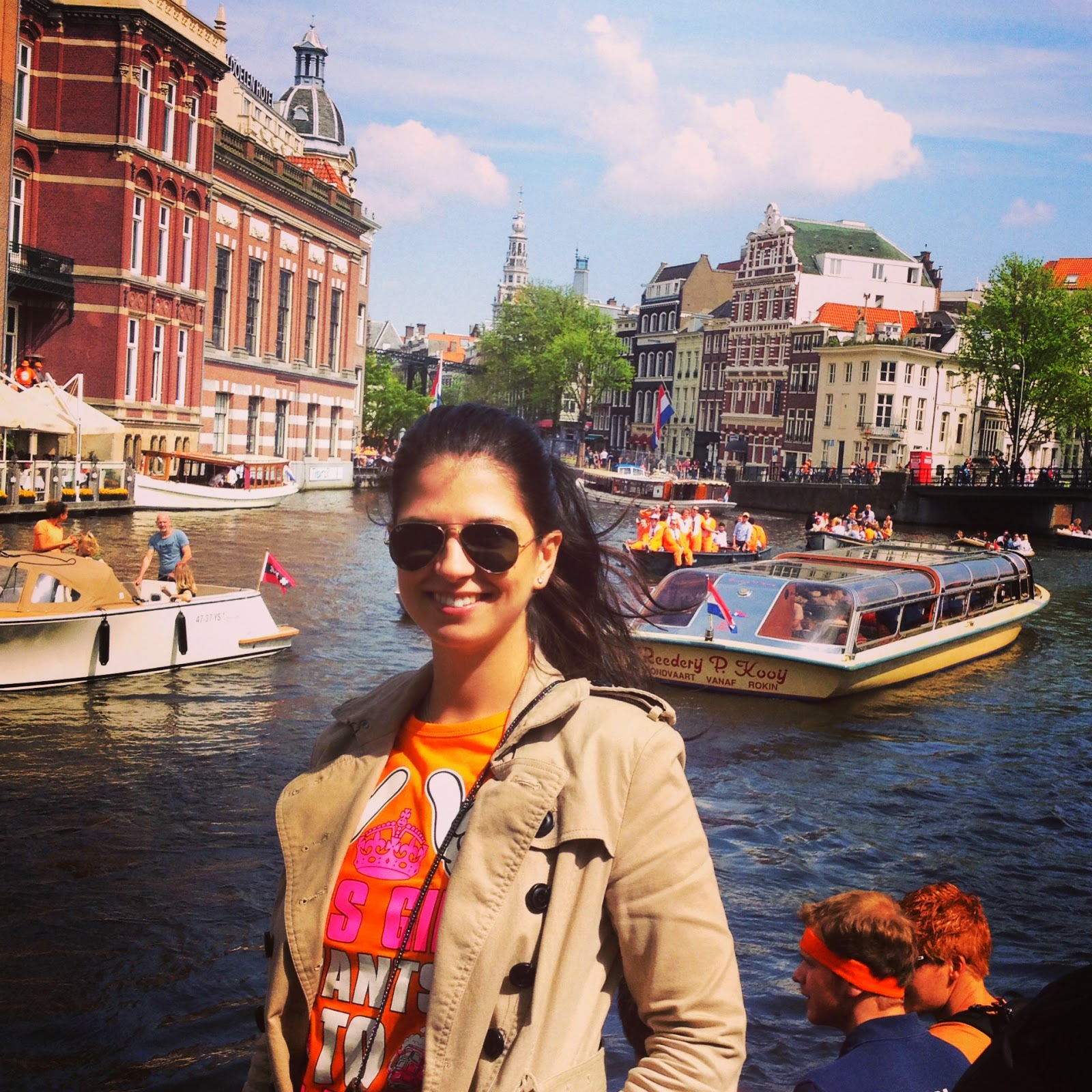 Some things are harder to describe so accurate like if you were there but let me put it this way - I haven't been pulled for a German flight during Oktoberfest, or Irish flight for St. Patrick's day, neither Brazilian flight during the carnival or Football World Championship :p but I got a chance to celebrate one king's birthday on the streets of Amsterdam on a beautiful spring day! Talking about experiences ha? :)
It is definitely one of very few cities where I can imagine myself living in! Colorful, happy and chillaxed (guessing why :p), good economy, nice lifestyle... 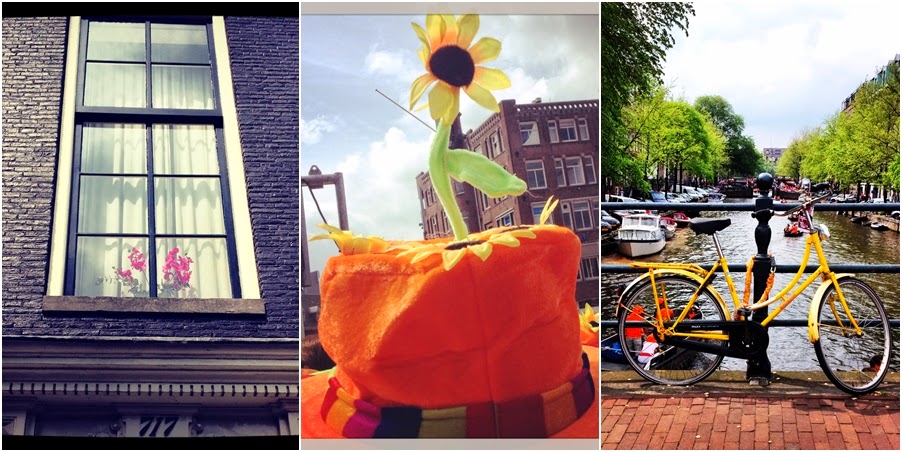 This layover was one of the special ones, the ones that happen every now and than, the ones that happen to remind us why we live where we live, why we do what we do, why we maybe sacrifice some things in life for the time being...
It's been a good month this April, specially with the last flight, yesterdays' Seychelles... They don't say these kind of islands are like a paradise, heaven on Earth for nothing! Only 17 hours layover was enough to make us wanna come back for more of that beautiful peace and quiet, relaxation, seafood, nature and apparently good nightlife! Wouldn't know :/
We took a walk up the hill to see a small waterfall, had a fresh coconut and ended up at the beach right in time for a wonderful sunset...
While google-ing this amazing looking place I found some interesting facts about it online (took over from www.travelingeast.com)
* Pirates used to seek the islands of Seychelles as a hideout. It is believed that Olivier Le Vasseur, an infamous pirate, had a treasure worth 100,000 euros that remains hidden in the land up to the present. (if we knew that sooner :p)
* Victoria, the capital city of Seychelles, is the smallest capital in the whole world. 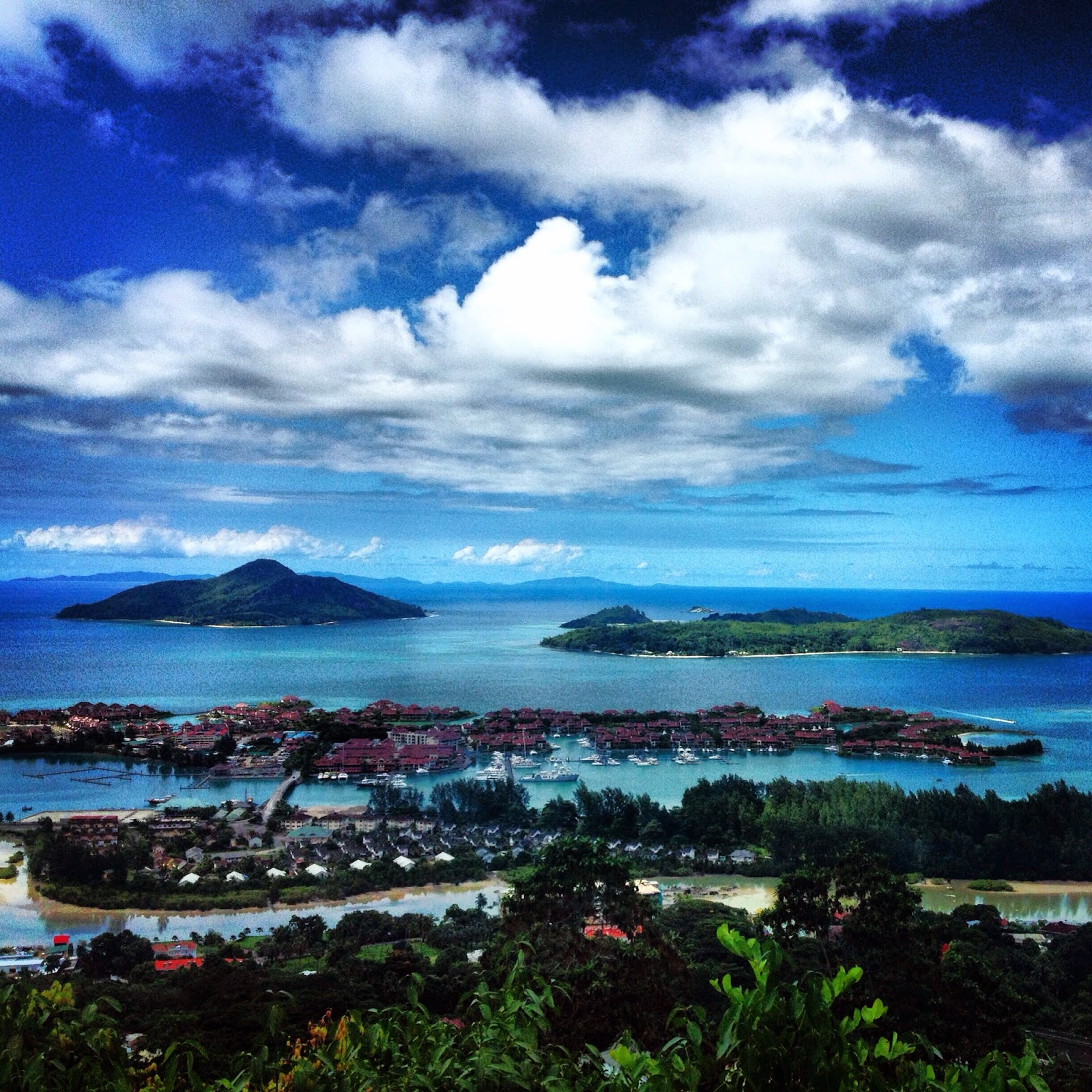 * Ian Fleming, the author of James Bond novels and short stories, named his character Milton Krest after a tonic and ginger beer that he tasted while vacationing in Seychelles.
* Almost half of the limited landmass in the country is occupied by national parks and reserves. 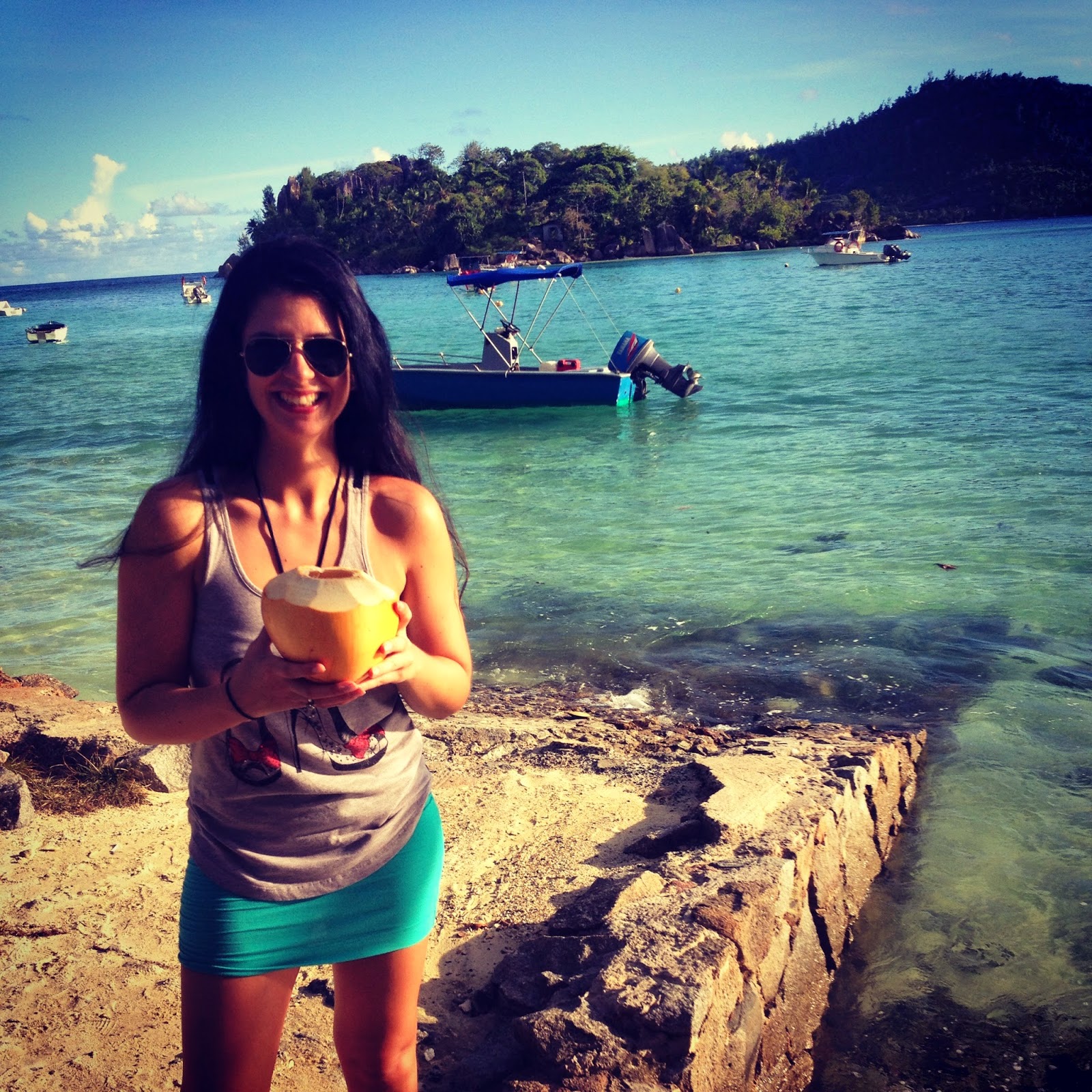 * Seychelles is the place to visit if you want to see unique endemic species - the paradise flycatcher, the warbler, the jelly fish tree, and the female Coco de Mer, which is the world’s heaviest nut.
* The country is home to the heaviest land tortoise that is living in the wild. Named Esmeralda, the animal weighs 304 kilograms and can be found at the Bird Island. 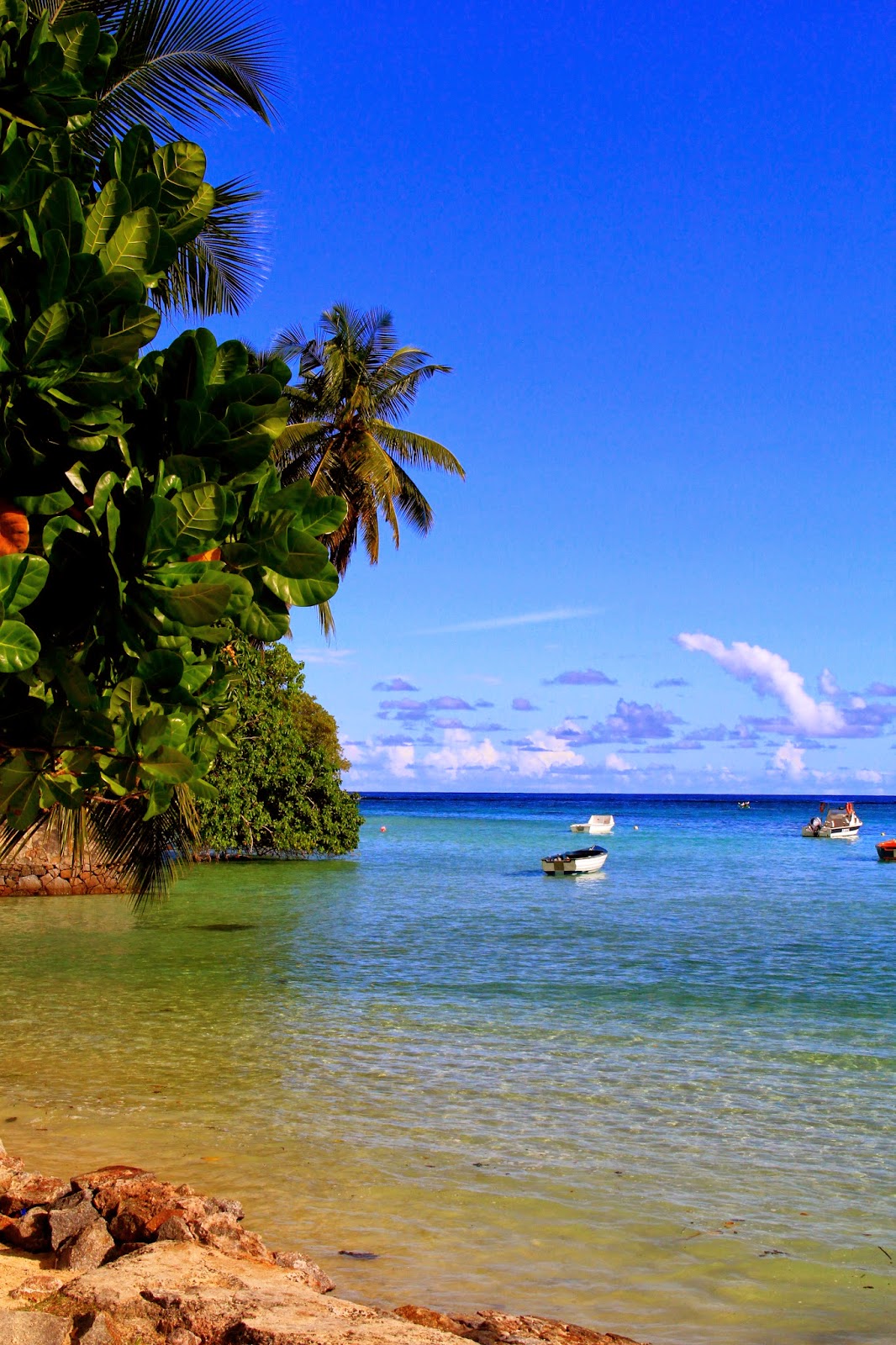 * In the Ste. Anne Marine National Park, you will find the Moyenne Island, which is believed to be haunted by a spirit that guards a buried treasure. (love these spooky legends :)) 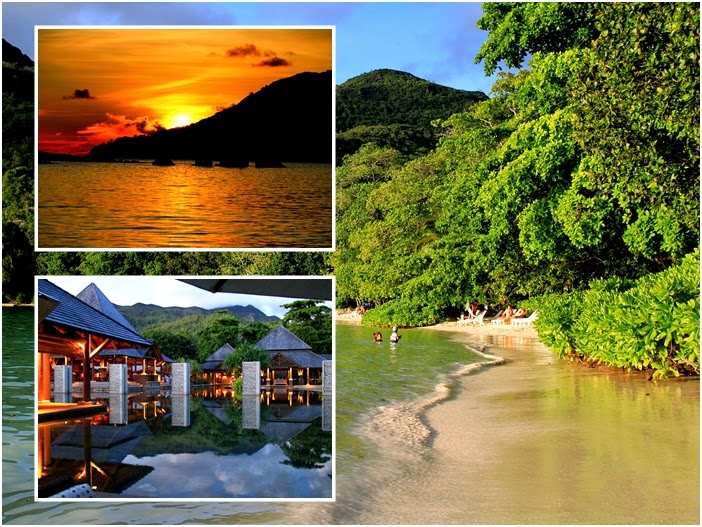 * Round Island used to be a leper colony. A stone prison still remains up to this day.
* When it served as host country to the Miss World Beauty Pageants in 1997 and 1998, Seychelles had great international media coverage, enough to boost its tourism industry. (was really wondering about how did they become so popular!) 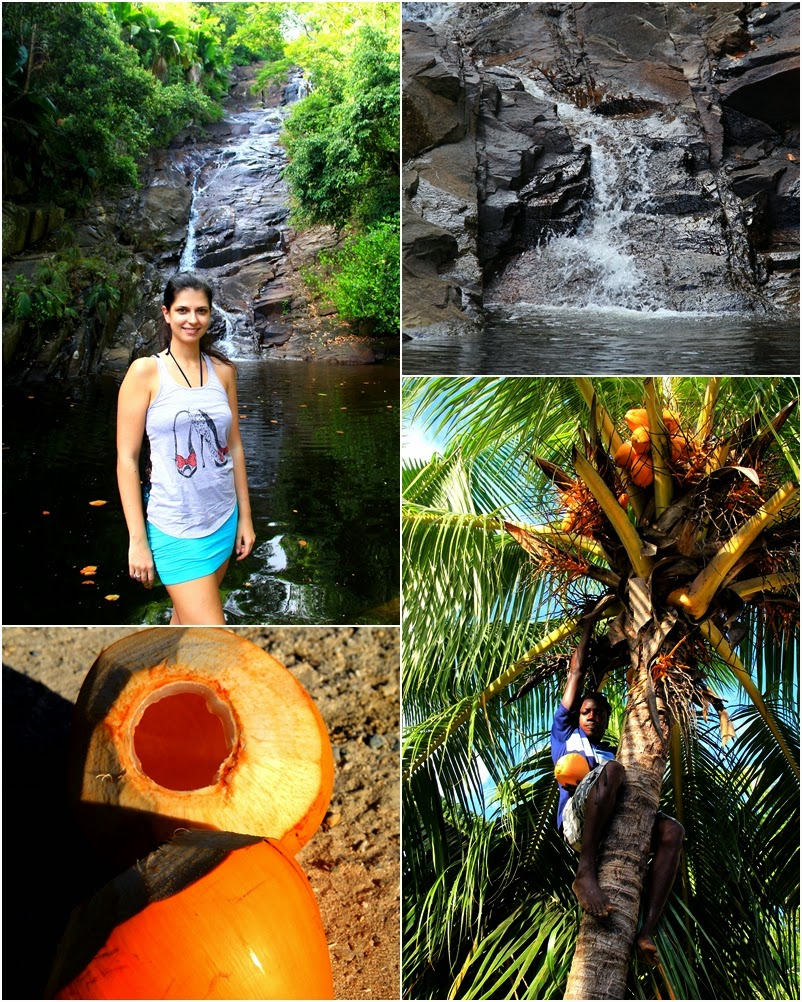 Dear May, I honestly hope you will go beyond and do much much better than April! No, I don't hope, I KNOW it... :)) 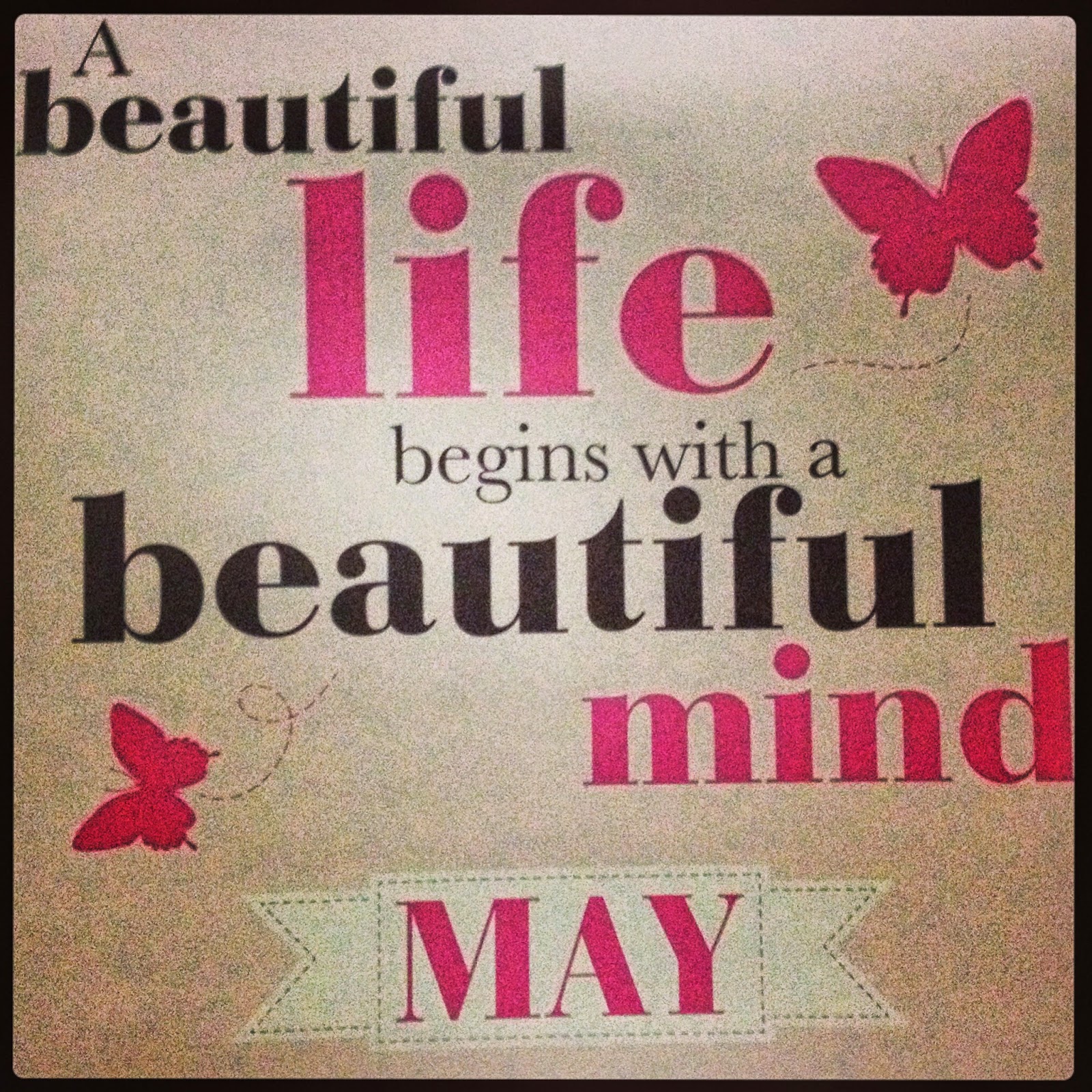 Hope you had a great OFF DAY, all of you 'celebrating' the first of May! Would love to join you for barbecue but I really REALLY need to sleep now... :) (since I've been writing this in between the flights for days now and haven't been sleeping properly again, for a change :)) zzzzz...
Objavila Tea the traveler at 3:57 PM 4 comments: