"Some kind of wonderful" layover in San Fran :)

I'll just pretend it hasn't been so long and write another story... I missed it... But it takes so much time for me to write something I like and lately I feel like there's not enough time for everything, for everyone... My sleeping is all messed up, have serious back pain for weeks now (should really go see a doctor about it) and I'm a little tired of all this flying around, so whenever I'm off I just want to stay in bed, mmmm :)
That being said, just a few hours ago, cause it took me a few hours to do that, I looked through all of my pictures in the last 2 and a half years and I reminded myself once again why have I even started writing, that pushed me to write some more, so here I am, writing, and eating toast sandwich (cause I bought a toaster yesterday) :) 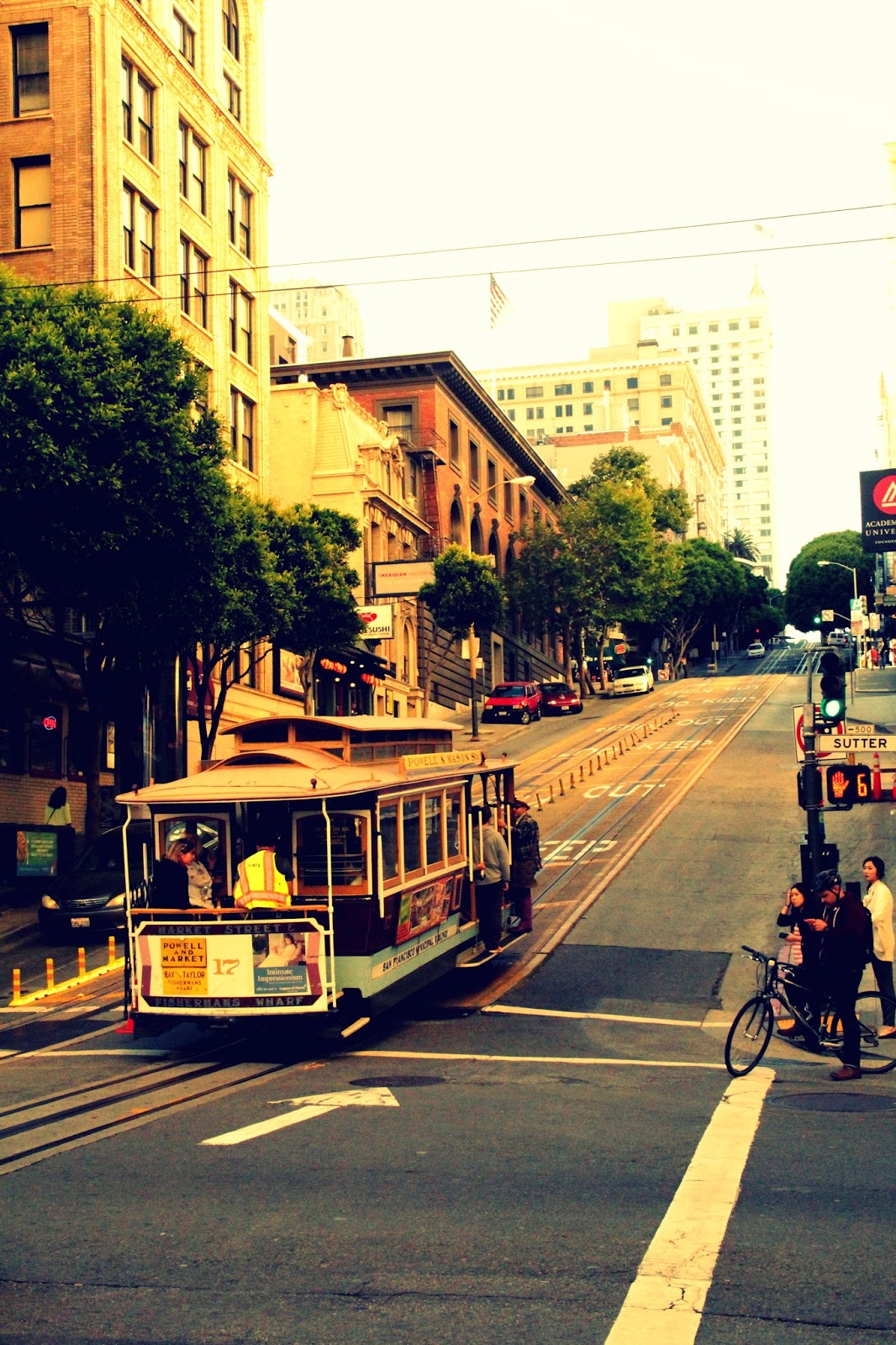 Let's see...recent news, layovers, travels, days off... Well, all of that can be summed up in this one post haha... and it will be, cause nothing much happened lately and the only 'subject' I feel like writing about now is the one about how to keep a long distance relationship work :) aka shortest and sweetest weekend ever, in San Francisco! (think I can call it a relationship now, can I?) :p
Anyhow it's refreshing to be able to write about it, say it out loud?, share it?, feels good after quite some time, and it is good, more than good... 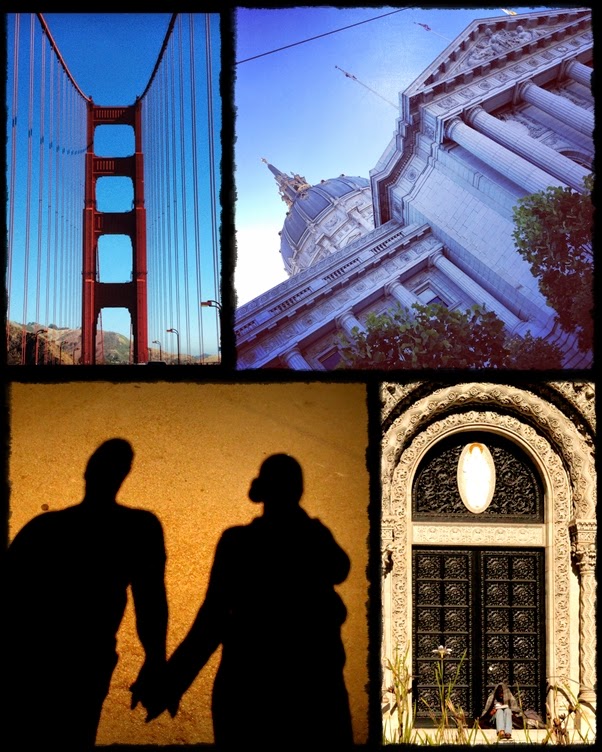 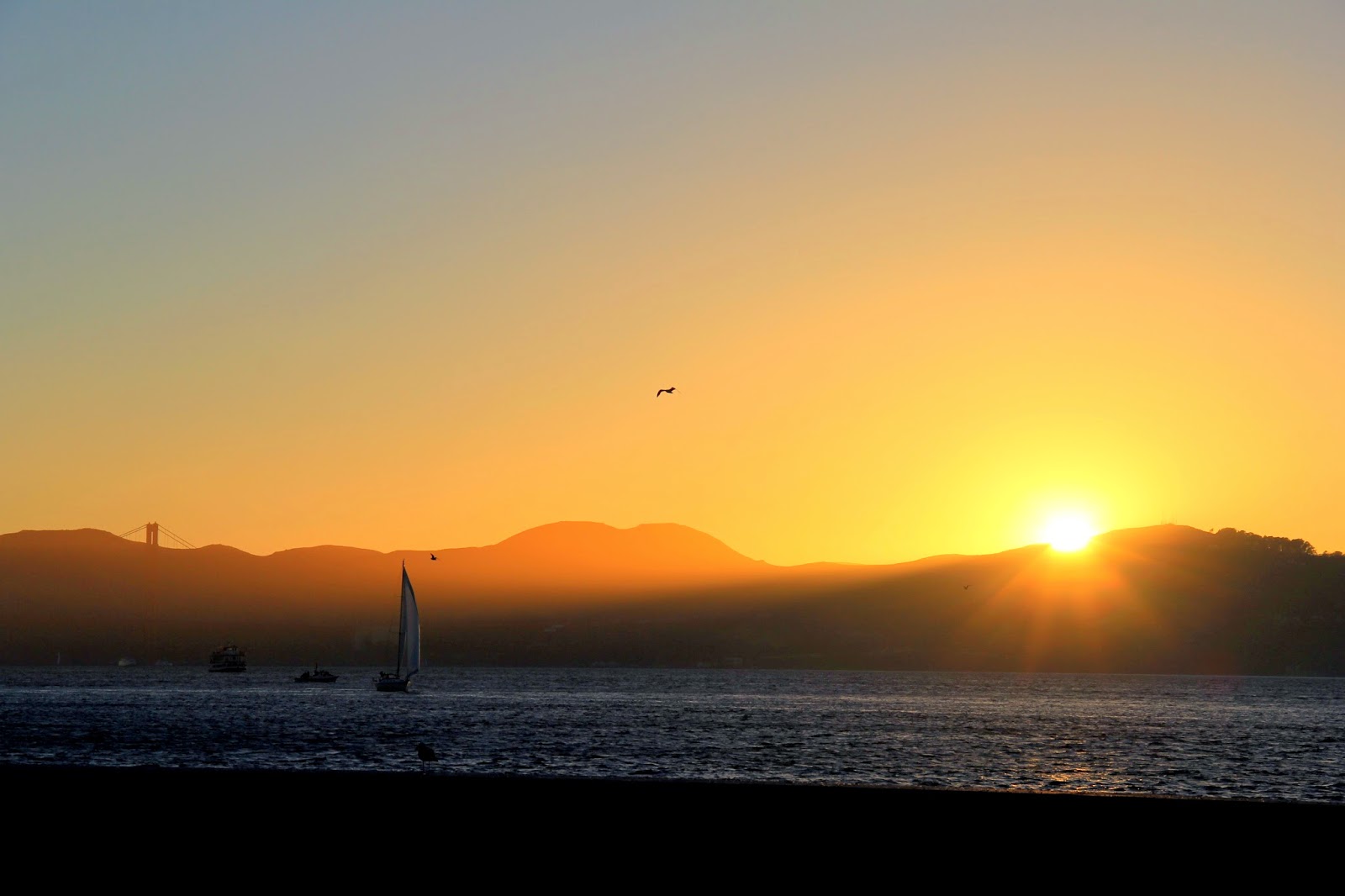 If you haven't noticed already, he lives in New York, and you all know where I live. All this flying and some days off in a row from time to time is making it possible to see each other, more often than I thought it would be, but not often enough as we'd like it. So when he buys a ticket to come to visit me for only 2 days on one of my layovers that's what it means to make an effort... This sentence doesn't sound as nice as I want it to so let me rephrase - no one  has ever done something like that for me before. Ah, better. :)
Yes, there were some nice little surprises through the years but nothing left me speechless like this one. Seriously, literally, speechless.
And too excited about the whole thing to tell him that :D But he'll know now, guess I'm better with written than spoken words anyway when it comes to this (usually I have a pretty big mouth haha).

It was 3 weeks ago, I had a 15 hours long San Francisco flight, after which I felt like life has been sucked out of me, but he was there waiting and for the next 48 hours I completely forgot about the return sector (another exhausting 15 hours!) :)

We took a car and went to explore the city. Parked next to the Union square and walked aaaaall the way to Pier 39. It was a long walk, trust me, after 15 hours flight even going to the toilet from your own bed seems like a long walk! Not so many people out on the streets (they were preparing for a Sunday gay pride?) :) until we came down to the harbor. Perfect sunny day but pretty windy, which means colder than you'd like it in the middle of summer in the Golden state of California. 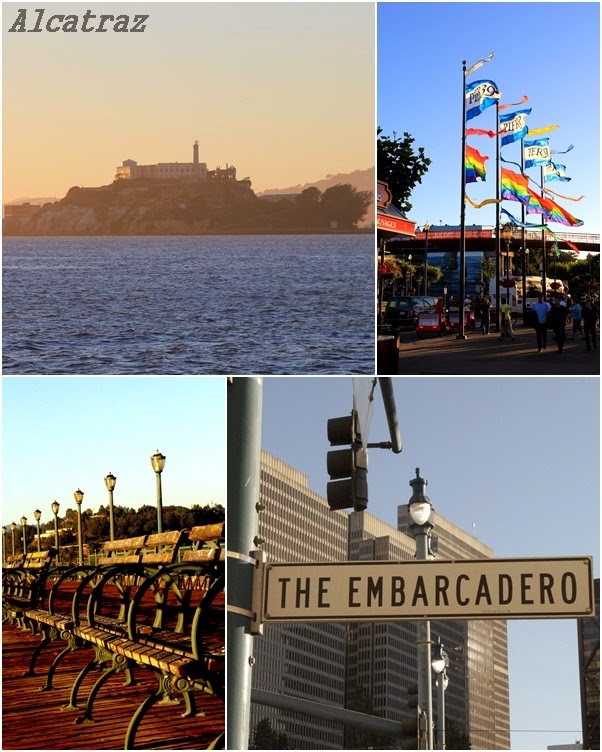 Alcatraz was military and later federal prison. Was in use for 29 years and it held some of the most notorious criminals in American history such as murderers and bank robbers.
One of the 'famous' names on the island was Al Capone, prohibition era Chicago gangster.
The island is only 2,4 kilometers away from the coast but the cold, strong, hazardous currents of the waters of San Francisco Bay made it impossible for prisoners to escape.

Pier 39 is apparently 'the' spot for all the tourists. Not surprising cause it has a beautiful view of the Angel Island, Alcatraz (or so called The Rock), Golden Gate Bridge and the Bay Bridge. There's also Aquarium of the Bay and Marine Mammal Centre, shops, restaurants, and also California sea lions love the docks around the Pier so you can see them laying around there at almost any time :) 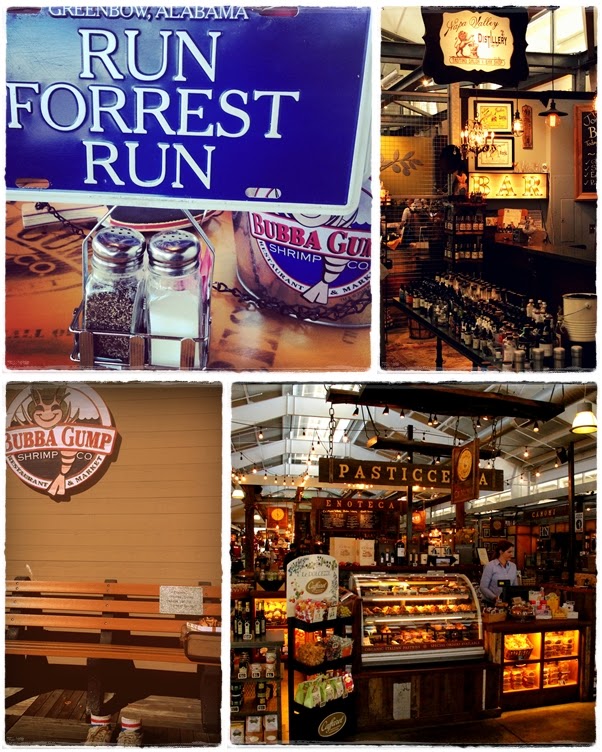 The Bubba Gump Shrimp Company Restaurant and Market is a seafood restaurant chain
inspired by the 1994 film Forrest Gump.
Other 2 pics are from Oxbow Public Market in Napa, indoor market with an outdoor deck, just next to the Napa River - it "features a diverse tenant mixture of local food vendors, artisan cafes and an organic produce outlet for local farms".

Have to say, city itself didn't wow me. Maybe we just didn't go to the right places but what we did see wasn't that special. Although the food was pretty great - shrimps at Bubba Gump and some margaritas with spicy Mexican food at Velvet Cantina! Yummy! 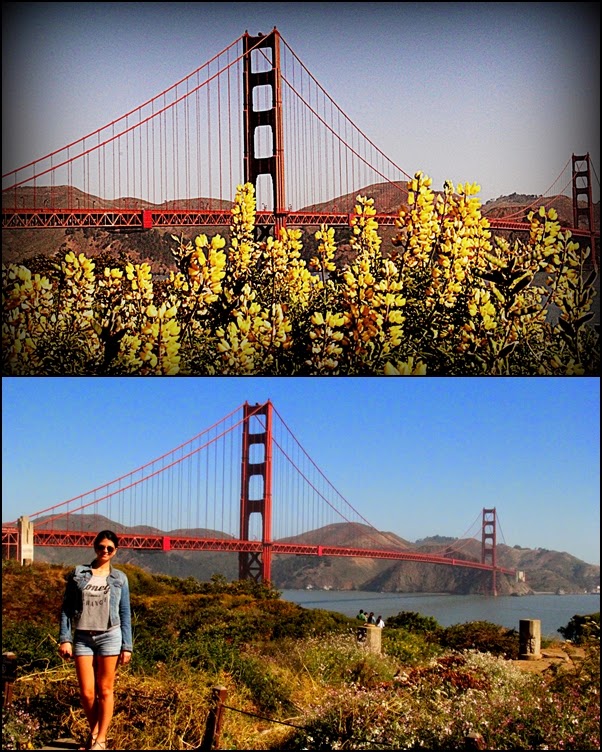 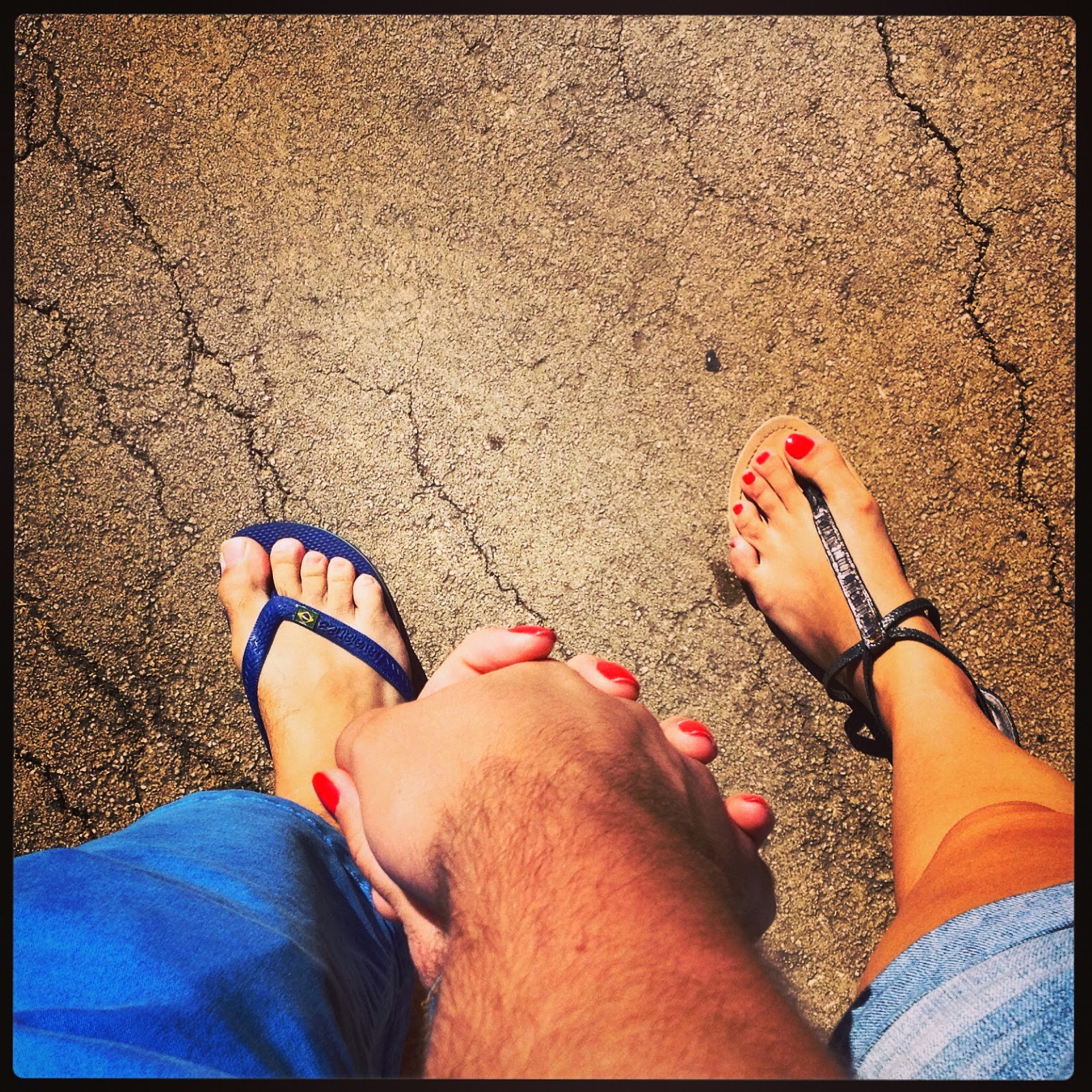 Sunday on the other hand was something completely different. We made a reservation in Grgich Hills Vinery and went to Napa Valley for some delicious vine tasting, with a quick stop at the Golden Gate Bridge - one of the most internationally recognized symbols of both California and US. It has been declared one of the Wonders of the Modern World. And yet people don't know about it, from 15 crew who were with me on that flight only the ones who have already been in San Fran knew about the Bridge, and ONLY because they have been there! No one knew about it before, shame... Doing this job and not knowing about the world? Well, just my personal opinion. 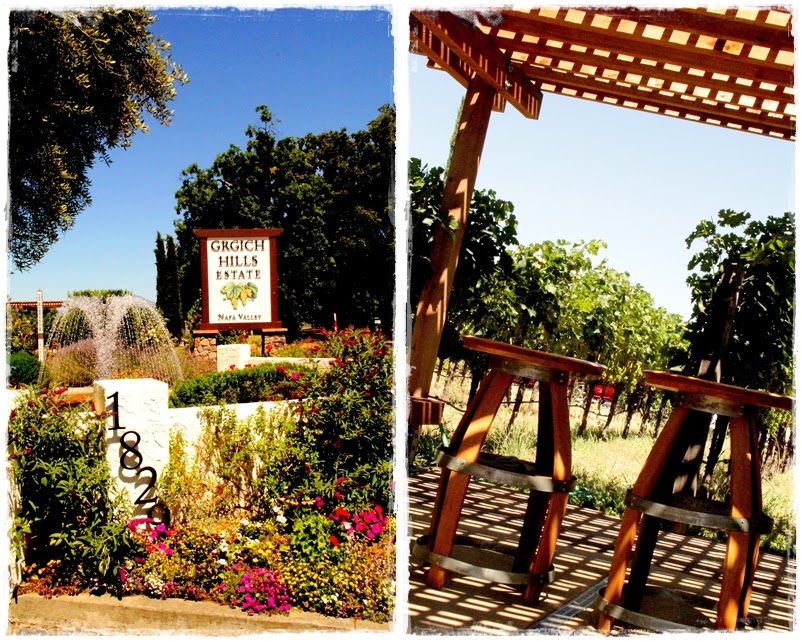 Early morning sun, just a few tourists and joggers, sea mist around Alcatraz followed by one hour drive into the Valley, higher temperatures, amazing scenery, colors, peace and quiet, relaxed atmosphere... Felt like walking through Narnia doors (it's not like I did walk into Narnia, ever, but you get the point) except there was no snow, lion Aslan or evil queen, only sun, heat and LOTS of delicious vine and yummy types of cheese :) 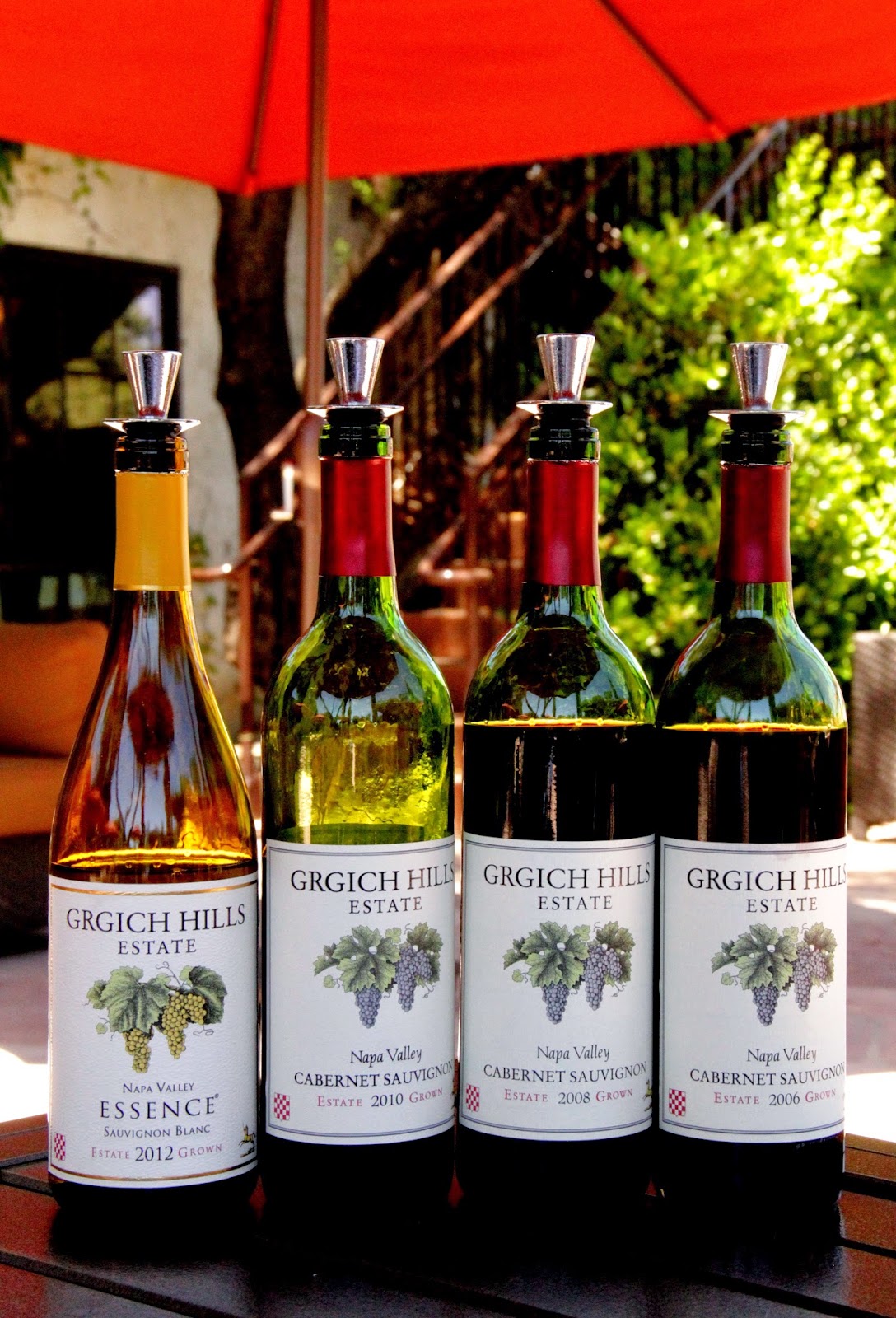 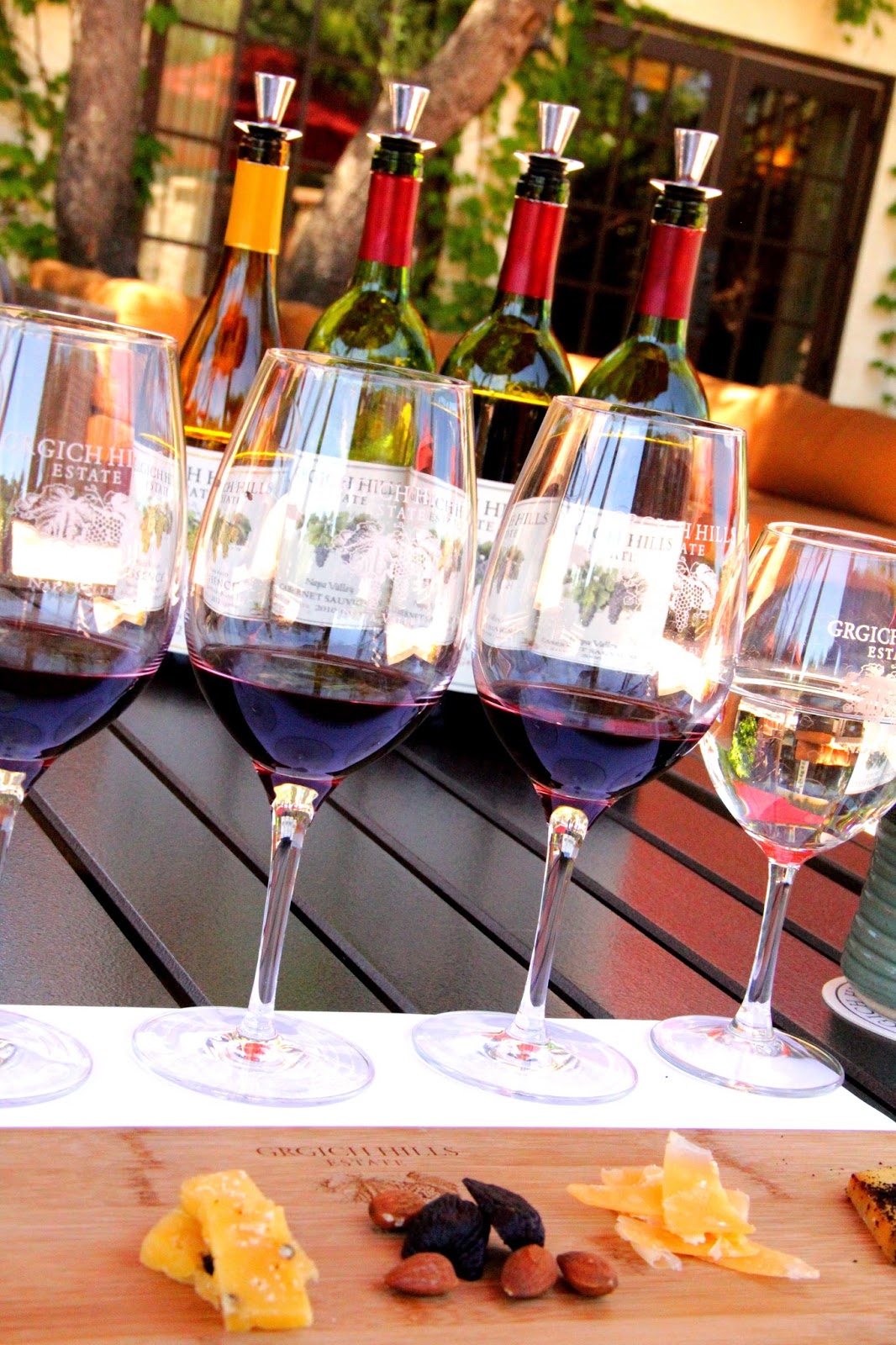 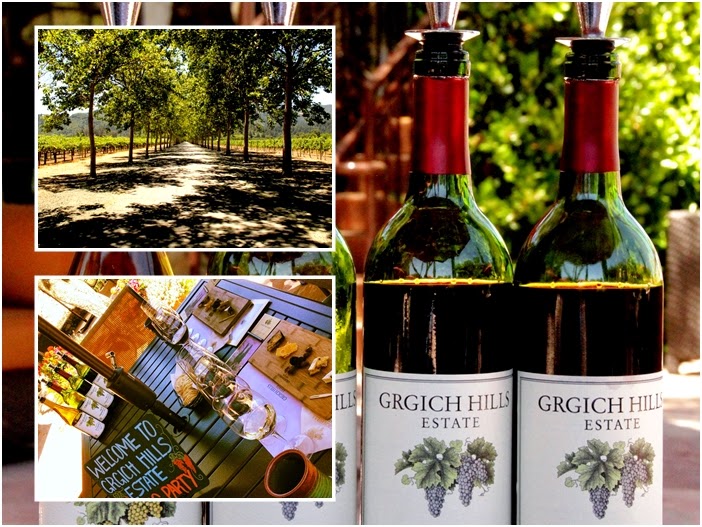 Could've stayed there for awhile, just chillaxing in the shades, overlooking vineyards, sipping a glass of vine or eating fresh cherries, you know, resting, not thinking or worrying about anything, not knowing what time of the day it is... And that's the part I hate the most about this job - always looking at your watch, worrying you'll be late for something, time flying by so fast!
Napa is one really beautiful, dreamy, romantic place, and just when you start properly enjoying it, when you relax, when you take a looooong deeeeeep breath this magic alarm goes on and it's time to go back once again, back to the real world.
Weekend was over.
Did it really happen? 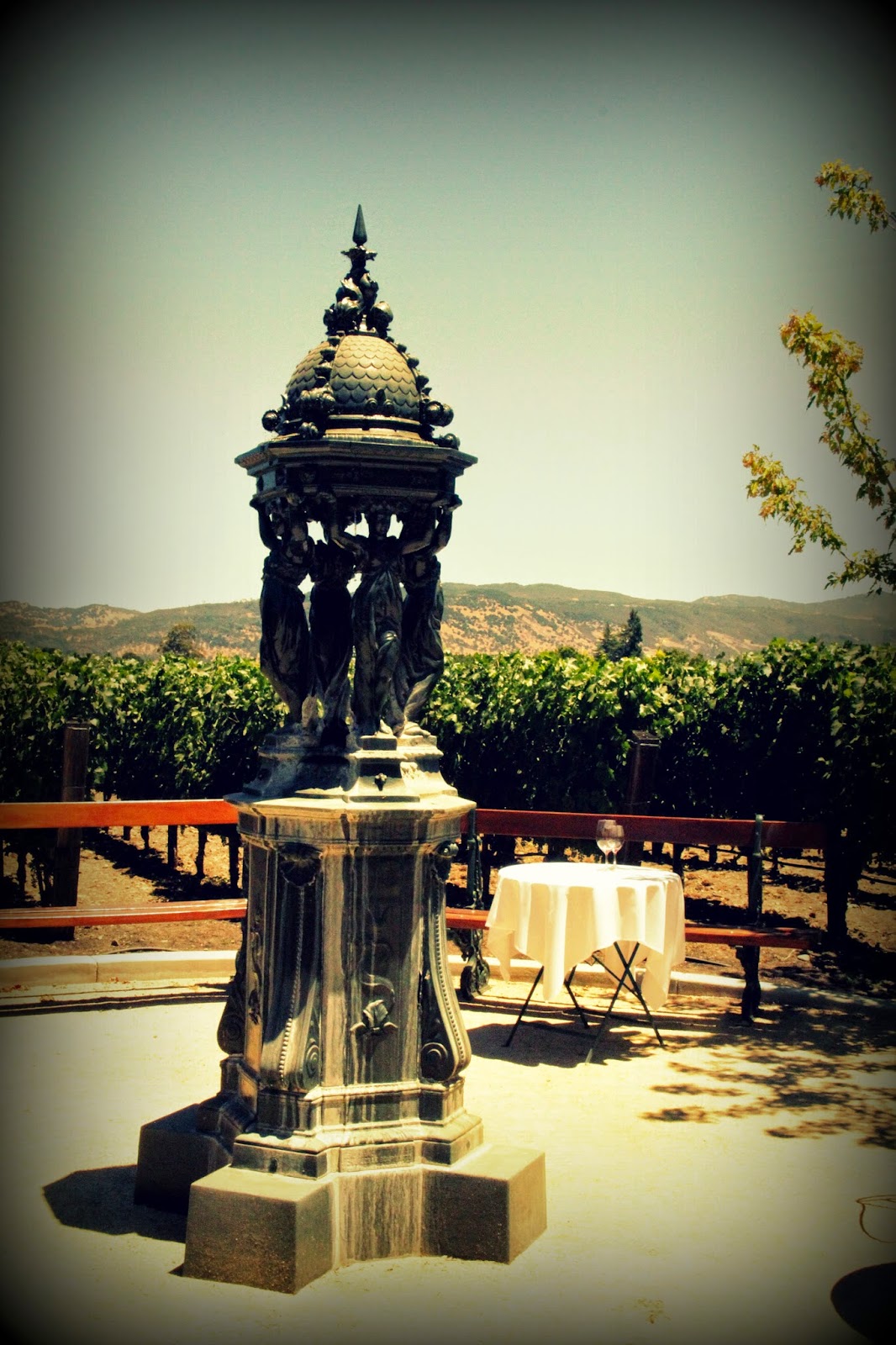 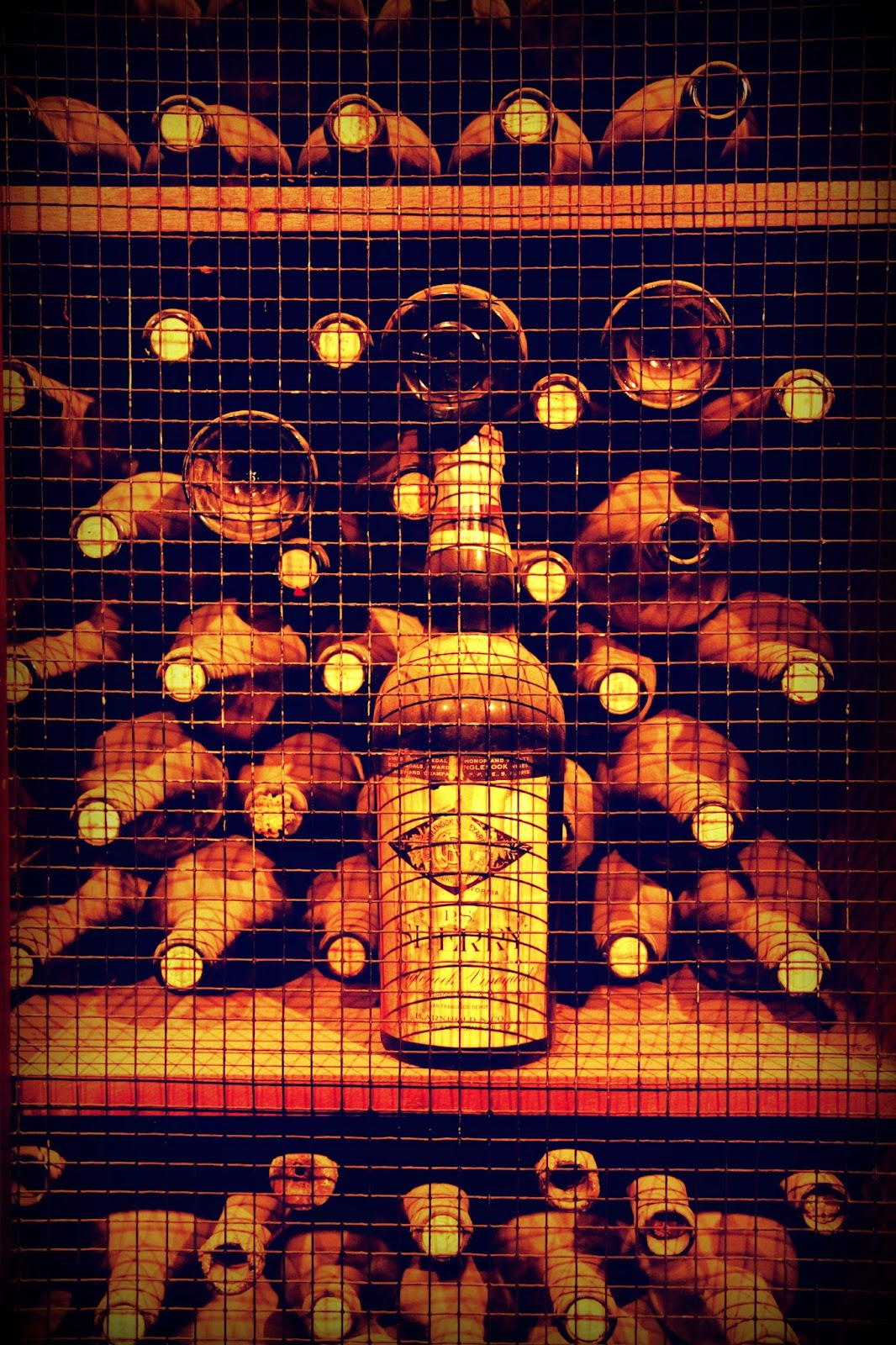 Just a week later I went across the Atlantic again, this time as a passenger, just for a few days (feels like I'm doing these JFK flights more often than the crew :) ).
Michael Bublé was in town performing in Madison Square Garden and I didn't want to miss that one! One more down from the Bucket list :)
Heard almost all of my favorite songs, saw quite a show he prepared for us, truly great 2 hours, and enjoyed it even more cause he came with me (not Michael, just to be clear :p) and that was the whole point of going on this concert there specifically :) 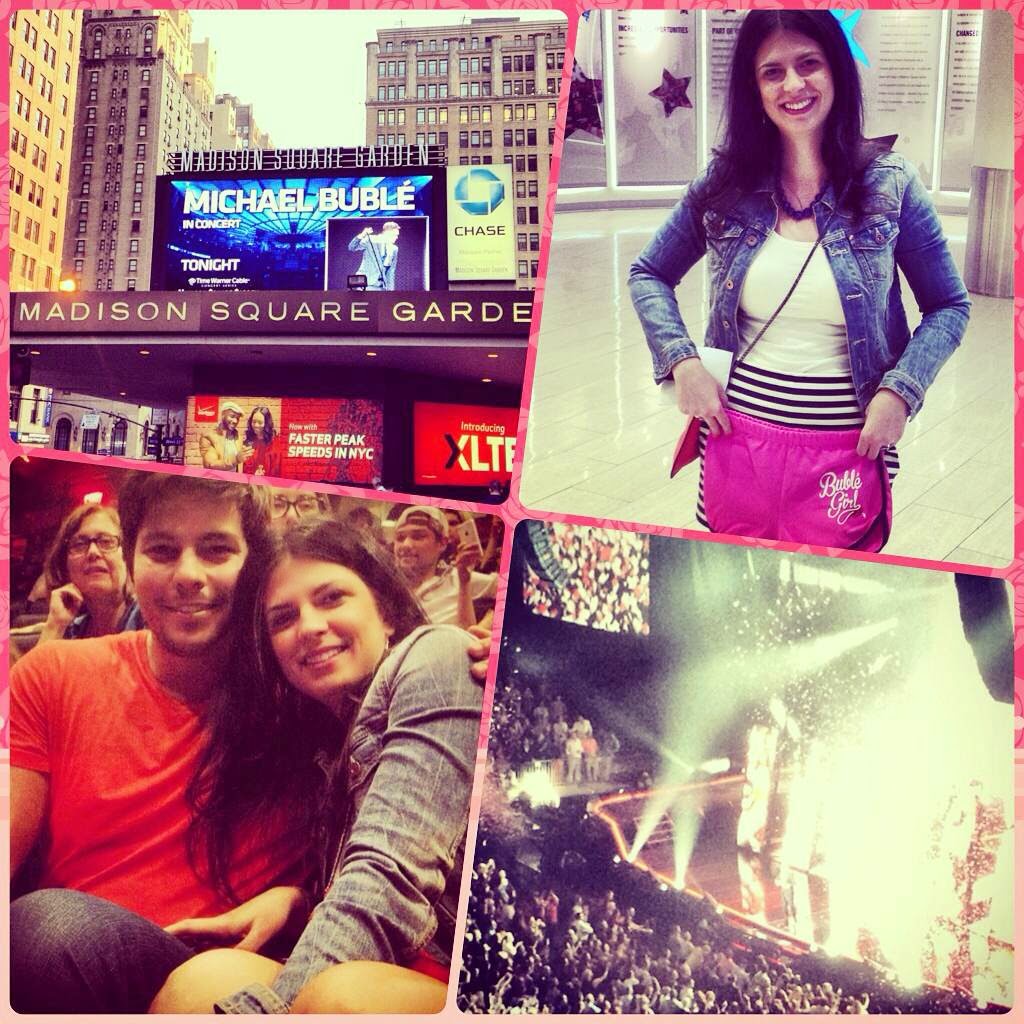 Sales are everywhere, calling my name saying 'come insideeee, buy somethinggg...' you all know how this 'sale' voice sounds :)) It was hard to resist some serious shopping, believe me! I was late for my flight back as well, yes that happened to me for the first time EVER in my life but anyway I was back in time to start my reserve month.
Reserve month is this crazy period of not knowing where and when and if you are going anywhere, one day at a time. So here I am, sitting at my computer, waiting for my roster to change at 6 pm. Is it gonna be another day off, maybe standby again, turnaround or layover, long one, short one, crazy one, easy one... Fingers crossed for something nice :)) 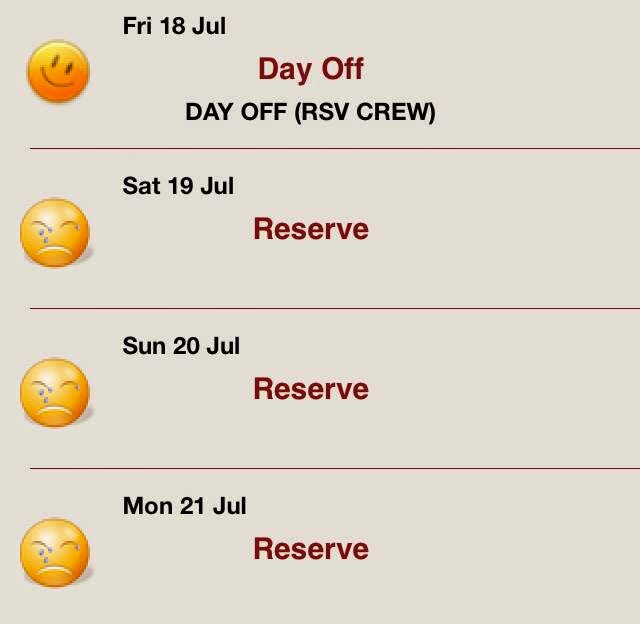 At the end of this post I just want to express my deepest and most sincere condolences to the friends, families, colleagues, all the loved ones of the crew and passengers who were on yesterdays Malaysia airlines flight that tragically crashed in Ukraine...